School Curriculum According to Ben Franklin 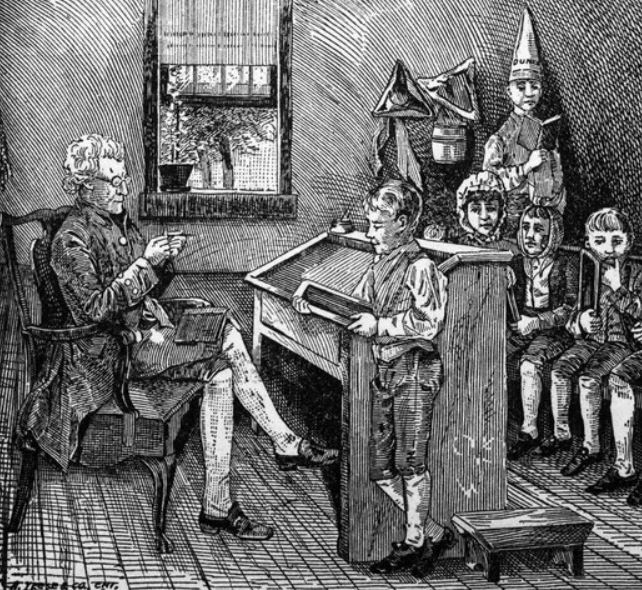 Thomas Jefferson once famously noted that education is the only sure way to preserve the liberty of a people. To that end, the American education system is supposed to equip the next generation with the proper intellectual tools.

But judging from current levels of academic prowess, as seen in the Nation’s Report Card, the U.S. isn’t doing very well on equipping the next generation. For example, only 27 percent of students are proficient in writing, while no more than 20 percent are proficient in history!

So what kind of education did the Founding Fathers have in mind when they championed the need for a well-educated society? Ben Franklin’s Idea of the English School might give some insight.

Written in 1751, Franklin’s document lays out important skill sets to be taught and mastered by young boys in grammar school. The classes (a.k.a. “grades”) were geared toward boys between the ages of 8 and 16 and focused on basic educational skills.

In bullet-point fashion, here’s a brief overview of what Franklin expected boys in each class to learn and do. Keep in mind that many of the lessons started in one class were built upon and continued throughout following years:

“Thus instructed, Youth will come out of this School fitted for learning any Business, Calling or Profession, except such wherein Languages are required; and tho’ unaquainted with any antient or foreign Tongue, they will be Masters of their own, which is of more immediate and general Use; and withal will have attain’d many other valuable Accomplishments; the Time usually spent in acquiring those Languages, often without Success, being here employ’d in laying such a Foundation of Knowledge and Ability, as, properly improv’d, may qualify them to pass thro’ and execute the several Offices of civil Life, with Advantage and Reputation to themselves and Country.”

Would today’s students be better equipped and educated for life if today’s schools tried to implement the rigor of Franklin’s education plan?