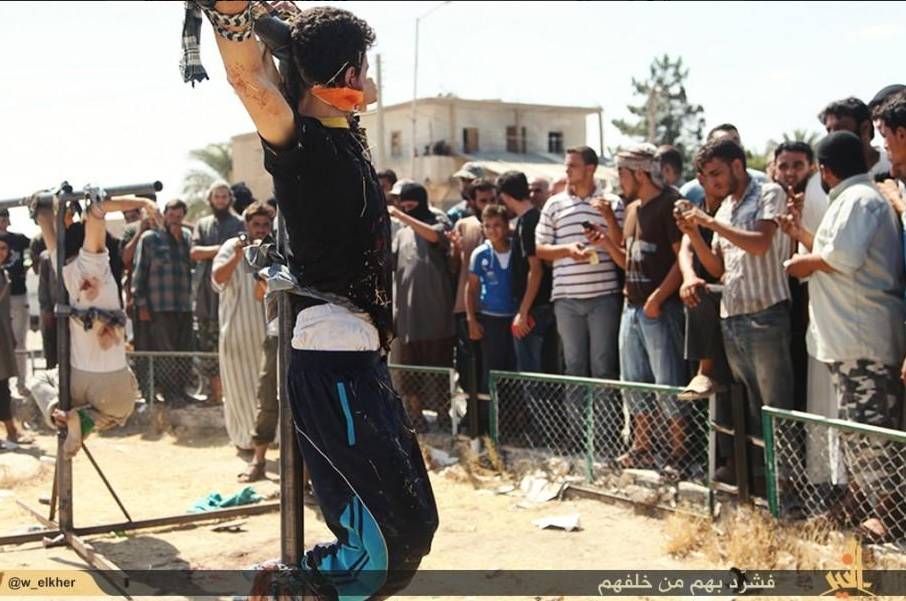 The world has watched the evils of ISIS for too many years now. On March 17, Secretary of State John Kerry declared that the United States has officially determined that the group’s actions officially constitute genocide.

The move by the State Department follows unanimously passed resolution by the House of Representatives that labeled ISIS atrocities against Christians in Syria and Iraq as “genocide.” As Democratic Rep. Brad Sherman stated,

“It is clear that at least some of the war crimes are part of a planned genocide against the religious minorities in areas that ISIS occupies.”

In his statement, Secretary of State John Kerry described genocide as the following:

“One element of genocide is the intent to destroy an ethnic or religious group, in whole or in part. We know that Daesh has given some of its victims a choice between abandoning their faith or being killed, and that for many is a choice between one kind of death and another.”

On ISIS, he showed that the evidence is clear:

“My purpose in appearing before you today is to assert that, in my judgment, Daesh is responsible for genocide against groups in areas under its control, including Yezidis, Christians, and Shia Muslims. Daesh is genocidal by self-proclamation, by ideology, and by actions – in what it says, what it believes, and what it does. Daesh is also responsible for crimes against humanity and ethnic cleansing directed at these same groups and in some cases also against Sunni Muslims, Kurds, and other minorities.

I say this even though the ongoing conflict and lack of access to key areas has made it impossible to develop a fully detailed and comprehensive picture of all that Daesh is doing and all that it has done. We have not been able to compile a complete record. I think that’s obvious on its face; we don’t have access to everywhere. But over the past months, we have conducted a review of the vast amount of information gathered by the State Department, by our intelligence community, by outside groups. And my conclusion is based on that information and on the nature of the acts reported.

We know, for example, that in August of 2014 Daesh killed hundreds of Yezidi men and older women in the town of Kocho and trapped tens of thousands of Yezidis on Mount Sinjar without allowing access to food, water, or medical care. Without our intervention, it was clear those people would have been slaughtered. Rescue efforts aided by coalition airstrikes ultimately saved many, but not before Daesh captured and enslaved thousands of Yezidi women and girls – selling them at auction, raping them at will, and destroying the communities in which they had lived for countless generations.

We know that in Mosul, Qaraqosh, and elsewhere, Daesh has executed Christians solely because of their faith; that it executed 49 Coptic and Ethiopian Christians in Libya; and that it has also forced Christian women and girls into sexual slavery.

We know that in areas under its control, Daesh has made a systematic effort to destroy the cultural heritage of ancient communities – destroying Armenian, Syrian Orthodox, and Roman Catholic churches; blowing up monasteries and the tombs of prophets; desecrating cemeteries; and in Palmyra, even beheading the 83-year-old scholar who had spent a lifetime preserving antiquities there.

We know that Daesh’s actions are animated by an extreme and intolerant ideology that castigates Yezidis as, quote, ‘pagans’ and ‘devil-worshippers,’ and we know that Daesh has threatened Christians by saying that it will, quote, ‘conquer your Rome, break your crosses, and enslave your women.’”

Many Americans are rightfully leery of engaging in another bloody quagmire in the Middle East after a decade and a half of war that consumed much American blood and treasure. At the same time, there is a general recognition that ISIS will not be content with what it has, but seems to seek to either conquer or destroy as much as possible around the world, particularly in the West. The call to “conquer your Rome, “break your crosses, and enslave your women” should highlight that truth.

Do we wall them off in a containment strategy as we did with the Soviet Union? But what of those being slaughtered within the territory? Do we acknowledge genocide, but simply watch it happen? Will Christians rally and help their brethren?

Sage advice that may have served us well in recent times had we heeded it. One wonders, though, is ISIS a monster that can be left at bay or does it come for us?