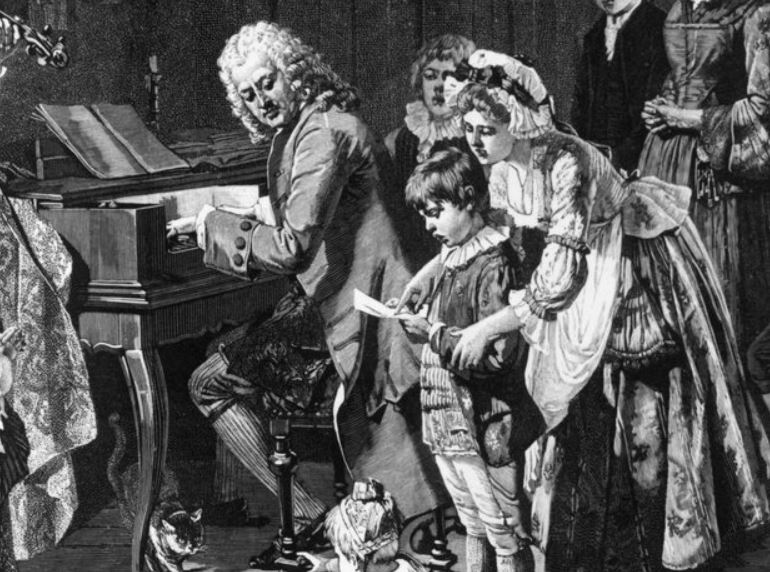 March 21st marks the birthday of one of the greatest composers of all time: Johann Sebastian Bach. Beyond being a great composer, Bach was also a great teacher who raised many pupils to be masters of their craft.

According to Bach’s first biographer, Johann Nikolaus Forkel, Bach’s success as a teacher resulted in part from the following four traits:

Bach, Forkel notes, was a good teacher because he took great pains to learn and develop his own knowledge and talent:

“To teach well a man needs to have a full mind. He must have discovered how to meet and have overcome the obstacles in his own path before he can be successful in teaching others how to avoid them. Bach united both qualities. Hence, as a teacher he was the most instructive, clear, and definite that has ever been. In every branch of his art he produced a band of pupils who followed in his footsteps, without, however, equaling his achievement.”

2. He was unafraid to drill excessively.

Today’s teachers are told that drilling is a no-no which will kill all creativity and enthusiasm in a child. But Bach understood that drilling was necessary for students to lay a good foundation for future success. And when the drilling became tedious, Bach found ways to make lessons fun:

“[F]or months together he made them practice nothing but simple exercises for the fingers of both hands, at the same time emphasizing the need for clearness and distinctness. He kept them at these exercises for from six to twelve months, unless he found his pupils losing heart, in which case he so far met them as to write short studies which incorporated a particular exercise.”

Rather than throwing a student into the deep end and letting him figure things out on his own, Bach took time to demonstrate superior musicianship, a teaching method which was both inspiring and encouraging:

“In order to lessen their difficulty, it was his excellent habit to play over to them the pieces they were to study, with the remark, ‘That’s how it ought to sound.’ It would be difficult to exaggerate the helpfulness of this method. The pupil’s interest was roused by hearing the piece properly played. But that was not the sole result. Without the help thus given the pupil could only hope to overcome the difficulties of the piece after considerable effort, and would find it much less easy to realise a proper rendering of it. As it was, he received at once an ideal to aim at and was taught how to surmount the difficulties the piece presented.”

4. He introduced students to good material.

It is often said that it doesn’t matter the quality of books children read, just as long as they are reading something. Bach would have contested that statement, for he insisted that his students only work with high-quality material in order to develop early knowledge of the good and beautiful:

“As long as his pupils were under his instruction Bach did not allow them to study any but his own works and the classics. The critical sense, which permits a man to distinguish good from bad, develops later than the aesthetic faculty and may be blunted and even destroyed by frequent contact with bad music. The best way to instruct youth is to accustom it early to consort with the best models. Time brings experience and an instructed judgment to confirm the pupil’s early attraction to works of true art.”

Many of these practices which Bach used so successfully have been replaced in schools with teaching practices which emphasis a student’s wishes and feelings instead of a well-grounded store of knowledge. Considering Bach’s success as a teacher, would it be wise to reinstate some of his teaching methods in today’s schools?