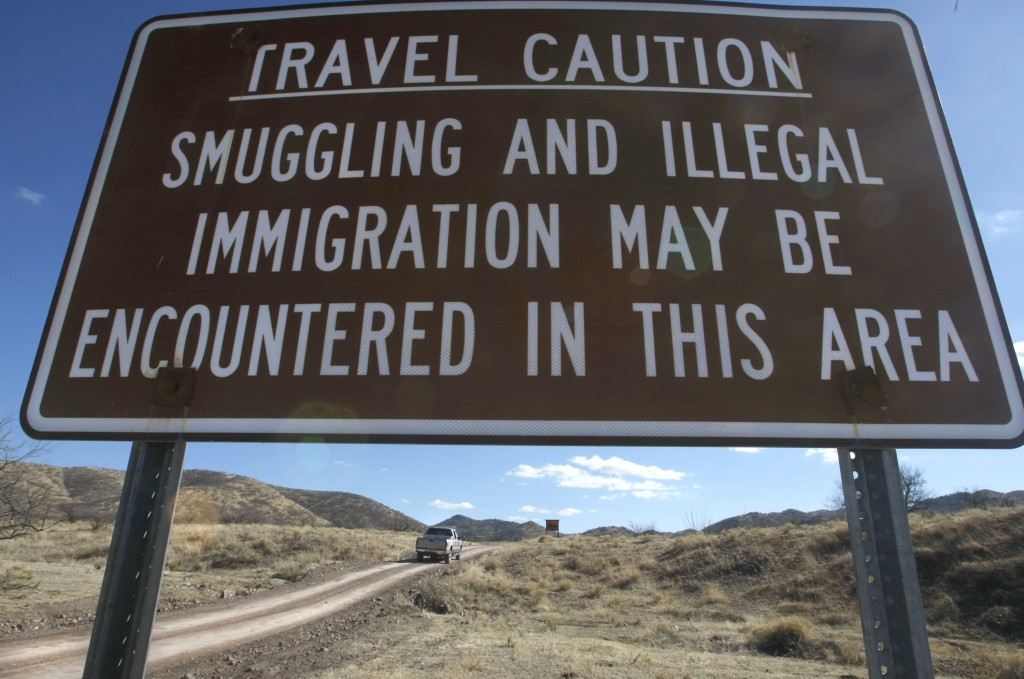 Bloomberg Businessweek got its hands on a poll conducted for the management consulting firm A.T. Kearney ahead of the public release that claims, “sixty-one percent of Americans agree that ‘continued immigration into the country jeopardizes the United States.’”

Unfortunately, we can’t see the polling data or cross tabs to actually judge the merits of the poll because, as Bloomberg Businessweek reports:

“A.T. Kearney gave Bloomberg Businessweek an exclusive first look at the results of the survey, which covers 2,590 respondents and is part of an [email protected] study that’s intended to gauge the nation’s direction with 10 years to go before its 250th birthday. The study, which will be posted online later this month, was conducted last October and November by NPD Group.”

We can only trust Bloomberg’s analysis and the top line numbers reported. That said, Bloomberg did contrast the 61% number with other recent polls:

“The A.T. Kearney survey seems to show more negativity toward immigration than other recent surveys, although it’s hard to tell because each one uses its own question wording. A Pew Research Center study conducted in August through October found that 53 percent of respondents thought immigration strengthened the U.S. vs. 38 percent who thought it burdened the U.S. In a Gallup Poll in June, 34 percent of respondents favored a decrease in immigration, 25 percent favored an increase, and 40 percent favored keeping it at current levels.”

But given the success of Donald Trump and his push for strong limits on immigration, the poll may actually be right given today’s political, cultural, and economic environment. Even Bernie Sanders has been noted for his support of limiting immigration.

One wonders, too, if the poll is simply a reflection of a more defensive attitude brought on by changes in American demographics, the poor state of the economy, the declining fortunes of blue collar whites, cultural rhetoric around “white privilege” and “whiteness”, and the turmoil caused by migrants in Europe. There are probably plenty of others, too.

As the Center for Immigration Studies is reporting, immigrants have gone from 7% of the country in 1970 to almost 20% in 2015. That is a big change and a large group to assimilate. It also assumes that illegal immigrants only account for 16 million individuals.

They say bankruptcy comes on very slowly and then happens all of a sudden. You live for years beyond your means and then one day you wake up and you’re broke – all the credit cards are maxed out and you don’t have the cash flow to sustain your debts anymore. When you look at the chart below from Pew Research, maybe that’s what’s happening for a big chunk of America – white America.

Here’s how Pew puts it:

“Our intricate new racial tapestry is being woven by the more than 40 million immigrants who have arrived since 1965, about half of them Hispanics and nearly three-in-ten Asians.

Because these transformations happen tick by tock, without anyone announcing them with a drum roll or press conference, they are sometimes hard to perceive.

But every so often societies experience ‘aha’ moments, when the change is right there in plain sight. We had several such moments in early 2014, as three iconic American brands, Coke, Chevy and Cheerios, rolled out ads during the Super Bowl and Olympics that were aimed at what one voice-over called ‘the new us.’”

In other words, the polling reported by Bloomberg could just be revealing the last hurrah of white America’s attempt to preserve itself. Perhaps it also reveals that tribalism is one of the core traits of human nature, despite decades of popular rhetoric arguing against that idea.

Whatever the case, things are probably going to get more interesting as the demographic changes take hold.