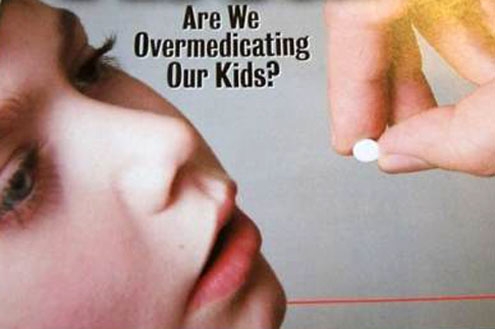 Dr. Leonard Sax has been making waves lately with his latest book, The Collapse of Parenting. The book’s basic premise is that American parents have failed to realize that they are their child’s authority, not their friend.

In an interview with NPR over the weekend, Dr. Sax again made some startling comments that go against conventional wisdom in today’s parenting, particularly in the realm of hyperactivity and anxiety disorders such as ADHD.

“So many kids today care so much more about the opinions of other kids than they do about their parents’. And that’s really harmful because the regard of your peers, if you’re an 8-year-old or 14-year-old, that can change overnight. So if you’re concerned first and foremost about what your peers think, you’re gonna be anxious. And we’ve seen a 400 percent explosion in anxiety among American kids in the United States over the last 30 years. An American kid in the United States is now 14 times more likely to be on medication for ADD compared to a kid in the United Kingdom.

Here’s a typical story: This boy tells his parents that he’s having trouble concentrating and focusing and they take him to a board-certified child psychiatrist. And the child psychiatrist says, ‘Ah, sounds like maybe ADHD, let’s try Adderall or Vyvanse and see if it helps.’ And oh my gosh, what a difference — medication helps enormously. The child, the teacher, the parent and even the prescribing physician saying, ‘Hey this medication was prescribed for ADD, it’s clearly been helpful, therefore this kid must have ADD.’ But he doesn’t.

The parents bring him to me for a second opinion and I ask some questions like, ‘What do you do in the evening?’ and the parents have no idea, he’s in his bedroom with the door closed so his parents don’t know what’s going on and they think he’s asleep but he’s not. He’s staying up ’til 1 or 2 in the morning playing video games night after night. He’s sleep-deprived. And if you’re sleep-deprived you’re not gonna be able to pay attention and all the standard questionnaires, Conners Scales, etc. cannot distinguish whether you’re not paying attention because you’re sleep-deprived or because you truly have ADD.”

Based on Dr. Sax’s comments and observations, is it possible that we could reduce the prevalence of ADHD if more parents returned to good ol’ fashioned, common-sense parenting?