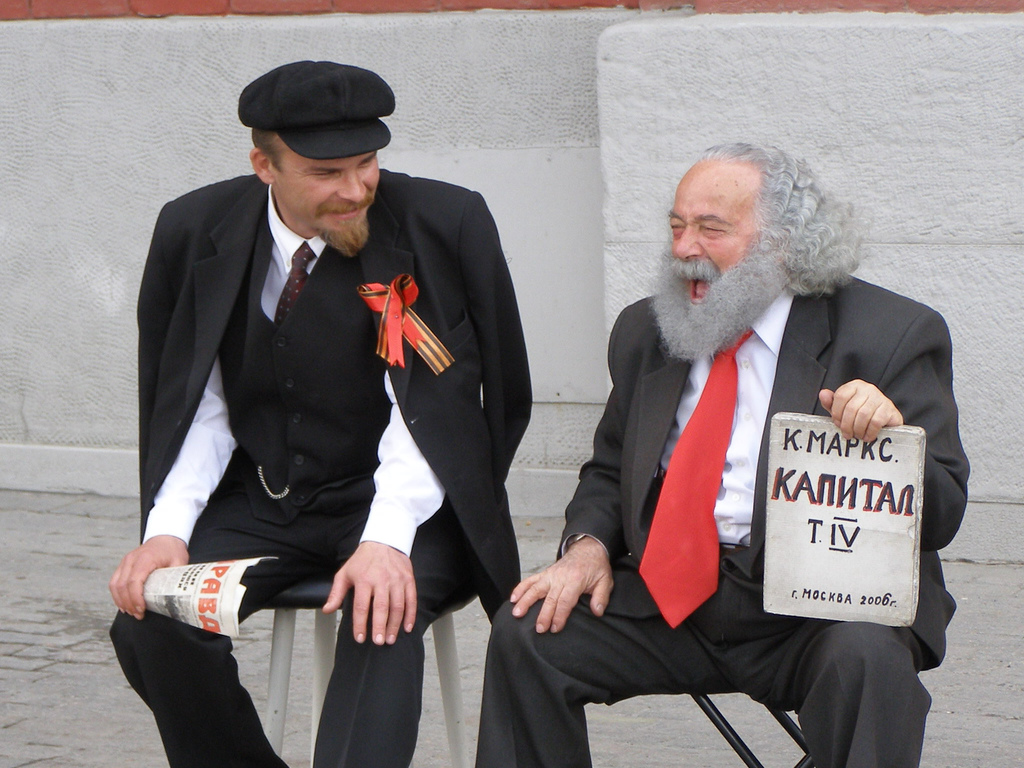 So, there’s a video making the social media rounds with a CNN reporter supposedly asking Bernie Sanders supporters to define socialism. Here it is:

Based on a lot of what we’ve seen in articles and online comments, the reporter probably revealed quite a bit of truth about what young Americans actually understand about socialism.

Back in July 2014, Reason released a report stating that 42% of Millennials preferred socialism, but only 16% could accurately define it. Ouch.

So just what is socialism? Quite simply it is the “popular ownership of the means of production”. In other words, a democratic government owns all of the businesses in the country and runs them for the benefit of the people.

If you don’t believe it, here are some socialists defining socialism from an earlier piece we did refuting the idea that all government action is a display of socialism. First up is Vladimir Lenin:

“What is usually called socialism was termed by Marx the ‘first’, or lower, phase of communist society. Insofar as the means of production become common property, the word ‘communism’ is also applicable here, providing we do not forget that this is not complete communism” (The State and Revolution)

Here’s how the Socialist Party USA, which uses the term democratic-socialism, defines socialism:

“The Socialist Party strives to establish a radical democracy that places people’s lives under their own control — a non-racist, classless, feminist, socialist society in which people cooperate at work, at home, and in the community.

Socialism is not mere government ownership, a welfare state, or a repressive bureaucracy. Socialism is a new social and economic order in which workers and consumers control production and community residents control their neighborhoods, homes, and schools.  The production of society is used for the benefit of all humanity, not for the private profit of a few. Socialism produces a constantly renewed future by not plundering the resources of the earth.”

So there you go. Socialism is the government controlling not only businesses, but also neighborhoods, homes, and schools. Indeed, as the Socialist Party USA claims, it is a very different “social and economic order” than anything you’ve likely experienced.