Martin Shkreli: If morality is relative, why are we outraged? 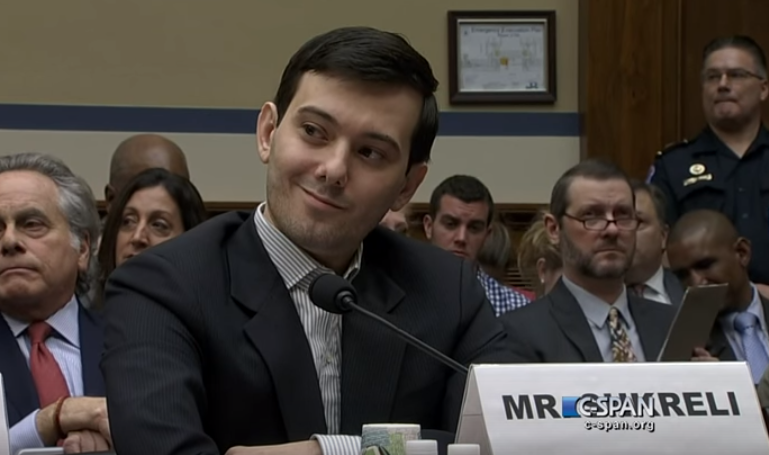 The world loathes Martin Shkreli, indeed he may have made himself “the most hated man in America.”

He earned that reputation when, as CEO of Turing Pharmaceuticals, he hiked the cost of Daraprim, “the drug … used to fight infections in patients suffering from AIDS and other conditions”, from $13.50 to $750 – a 5,000% increase.

On February 4, 2016, he was called before a Congressional committee to testify about his actions. About all he did was smirk and plead the Fifth. Pleading the Fifth, for those not familiar with the term is a reference to the 5th Amendment which states:

“No person … shall be compelled in any criminal case to be a witness against himself, nor be deprived of life, liberty, or property, without due process of law…”

Infuriating isn’t it? But why?

If truth is relative and there is no objective good or evil, then Martin Shkreli simply pursued his own truth and interests. He is an embodiment of Nietzsche’s “will to power”, which should make all of us very uncomfortable.

We sense in his actions and his attitude at the hearing that there is something morally offensive about purposefully raising prices of a drug that vulnerable people are dependent upon, but would likely be unable to afford after the 5,000% price hike. Yet, what moral and intellectual framework do we really have to work with other than the feeling that what he did is wrong?

In a world in which we have rejected the idea of truth, we lack the ability to logically appeal to objective principles to properly convey our outrage. We are left only with outrage.

The philosopher Alasdair MacIntyre delves into this problem in his seminal book After Virtue:

“In a famous passage in The Gay Science (section 335) Nietzsche jeers at the notion of basing morality on inner moral sentiments, on conscience, on the one hand, or on the Kantian categorical imperative, on universalizability, on the other. In five swift, witty and cogent paragraphs he disposes of both what I have called the Enlightenment project to discover rational foundations for an objective morality and of the confidence of the everyday moral agent in post-Enlightenment culture that his moral practice and utterance are in good order. But Nietzsche then goes on to confront the problem that this act of destruction has created. The underlying structure of his argument is as follows: if there is nothing to morality but expressions of will, my morality can only be what my will creates. There can be no place for such fictions as natural rights, utility, the greatest happiness of the greatest number. I myself must now bring into existence ‘new tables of what is good’.”

And that is exactly what Martin Shkreli has done. He has willed into existence his own morality or “table of what is good” – and that seems to be whatever makes him rich.

Again, if there is no objective truth to which we can appeal, all truth is relative and therefore does not exist. There can be no good or evil in such a world. Martin Shkreli is, to the horror of our society, actually acting on the foundational ideas that our culture is now promoting.

The problem is that our society is rooted in the fumes of a Christian-Hellenist ethic that shaped the West for 2,000 years. We want the fruit of that tree, but we chopped the tree down. We must be honest with ourselves that having discarded the tree, we are only left with Nietzsche’s will to power. As such, the good fruit we enjoy today will soon rot if we do not rediscover a moral framework other than feelings.