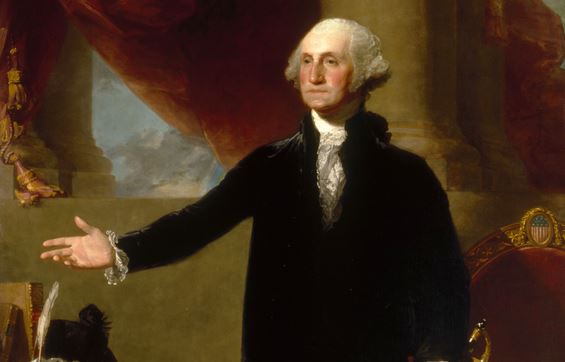 Searching for the perfect president is quickly becoming the main goal of 2016. But as we continue on the elusive quest for an ideal 45th president, perhaps we would benefit from examining the first: George Washington.

While Washington had a number of ideas on what made a nation and its government great, one idea in his writings stands out above all: virtue.

“Make America Great Again” is the slogan of one of today’s presidential frontrunners. But in your opinion, and judging from Washington’s words below, is America too far removed from virtue to have any hope of future greatness?

“[T]here is no truth more thoroughly established than that there exists in the economy and course of nature an indissoluble union between virtue and happiness….” – 1789

“I confess, however, that my opinion of public virtue is so far changed, that I have my doubts whether any system, without the means of coercion in the sovereign, will enforce due obedience to the ordinances of a general government; without which every thing else fails.” – 1787

“’T is substantially true, that virtue or morality is a necessary spring of popular government.—The rule indeed extends with more or less force to every species of Free Government.—Who that is a sincere friend to it can look with indifference upon attempts to shake the foundation of the fabric?” – 1796

“In a word, the history of the war is a history of false hopes and temporary devices, instead of system and economy. It is in vain, however, to look back, nor is it our business to do so. Our case is not desperate, if virtue exists in the people, and there is wisdom among our rulers.” – 1780

“The cause of virtue and liberty is confined to no continent or climate. It comprehends, within its capacious limits, the wise and good, however dispersed and separated in space or distance.” – 1775

“Few men are capable of making a continual sacrifice of all views of private interest, or advantage, to the common good. It is in vain to exclaim against the depravity of human nature on this account—the fact is so; the experience of every age and nation has proved it, and we must in a great measure change the constitution of man, before we can make it otherwise.” – 1778

“For there is not, in my estimation, so vile a thing upon earth as a human being who, having once enjoyed liberty, can patiently bear to see it taken from him. I would, and I will die ten thousand deaths, rather than be this thing myself. On these principles, and these only, I first took up arms; but my misfortune, and the true source of all my uneasiness is, that though in good policy, as well as honor, these ought to be the principles of every American, I have long ago discovered they are not. And on this account alone, that I dread our defeat. Our want of skill, our want of ammunition, in short, our want of everything which an army ought to have, are all, no doubt, exceedingly against us; but, they are all nothing to our want of virtue.” – 1776