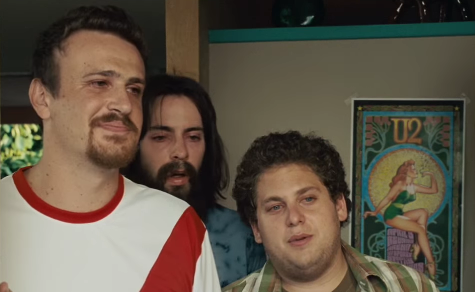 Over at The Daily Beast, Emily Shire writes about Date-Onomics: How Dating Became a Lopsided Numbers Game, which seems to really resonate with her as a single, college-educated woman in Manhattan. As it quickly becomes apparent, she can’t find a good man.

But she takes some solace in the fact that there is actually a data-driven reason that she can’t find a good man:

“In his book, Birger eloquently explains, in terms that even the non-statistically-literate can comprehend, that the gender ratios of college graduating classes in the past few decades reveal that there really aren’t enough single guys. The ‘man deficit’ is real for the graduate set. The current college class breakdown of women to men is 57:43, which means that there will be about one-third more women than men with college degrees when graduation arrives.

If we assume these women will want to marry college-educated men—a desire that Birger convincingly argues should and will change—there’s simply not enough men to make all those trips down the aisle a reality.”

For certain cities, the ratio is actually quite enormous:

“Not for nothing are there 39 percent more women ages 22 to 29 with college degrees in Manhattan than men in the same bracket, with a gap of 100,000 between female and male college degree holders under the age of 35 in the entire city.

And while the land of Sex and the City is tough for single women seeking college-educated men, it’s hardly the worst. Fort Lauderdale has 71 percent more female college grads than male between ages 22-29, followed by Providence, which has 60 percent more.”

Sadly, neither the author of the article nor the author of the book seem to want to dig too deeply into why so many more women are college-educated compared to men. Only briefly do they dip their toes into what’s to blame and immediately dismiss one of the more domestically disruptive events of the 20th century:

“‘The sexual revolution and the hookup culture… are both rooted in a statistical over-supply of women,’ writes Birger. This conclusion that people should lay off of feminism as the culprit for hook-up culture is not the focus of Date-Onomics, but a rewarding one for anyone tired of hand-wringing about whether feminism ‘hurts’ women.”

As for the solution proposed by Birger?

‘I am certainly not suggesting we do it at the expense of girls. I just think there’s a boy problem we need to address. There shouldn’t be 35 percent more women than men in college.’”

Okay, but why aren’t more boys going to college? What has happened to the young men out there?

Birger seems terribly unwilling to say anything that might rock the boat when it comes to our modern orthodoxies about men and women, equality, freedom, gender, and biology. But those are the things that have changed the most since the Sexual Revolution and, therefore, should be questioned.

For that, lets us turn to Christina Hoff Sommers who actually did see these problems coming decades ago. In the May 2000 issue of The Atlantic, she writes about “The War Against Boys”. As the intro states,

“This we think we know: American schools favor boys and grind down girls. The truth is the very opposite. By virtually every measure, girls are thriving in school; it is boys who are the second sex.”

She continues, challenging the idea that the problem of low levels of college-educated men suddenly popped up unforeseen:

“That boys are in disrepute is not accidental. For many years women’s groups have complained that boys benefit from a school system that favors them and is biased against girls. ‘Schools shortchange girls,’ declares the American Association of University Women. Girls are ‘undergoing a kind of psychological foot-binding,’ two prominent educational psychologists say. A stream of books and pamphlets cite research showing not only that boys are classroom favorites but also that they are given to schoolyard violence and sexual harassment.

In the view that has prevailed in American education over the past decade, boys are resented, both as the unfairly privileged sex and as obstacles on the path to gender justice for girls. This perspective is promoted in schools of education, and many a teacher now feels that girls need and deserve special indemnifying consideration.”

“Every society confronts the problem of civilizing its young males. The traditional approach is through character education: Develop the young man’s sense of honor. Help him become a considerate, conscientious human being. Turn him into a gentleman. This approach respects boys’ masculine nature; it is time-tested, and it works. Even today, despite several decades of moral confusion, most young men understand the term ‘gentleman’ and approve of the ideals it connotes.

What Gilligan and her followers are proposing is quite different: civilize boys by diminishing their masculinity. ‘Raise boys like we raise girls’ is Gloria Steinem’s advice. This approach is deeply disrespectful of boys. It is meddlesome, abusive, and quite beyond what educators in a free society are mandated to do.”

Unfortunately, the results are rather painful:

“Data from the U.S. Department of Education and from several recent university studies show that far from being shy and demoralized, today’s girls outshine boys. They get better grades. They have higher educational aspirations. They follow more-rigorous academic programs and participate in advanced-placement classes at higher rates. According to the National Center for Education Statistics, slightly more girls than boys enroll in high-level math and science courses. Girls, allegedly timorous and lacking in confidence, now outnumber boys in student government, in honor societies, on school newspapers, and in debating clubs. Only in sports are boys ahead, and women’s groups are targeting the sports gap with a vengeance. Girls read more books. They outperform boys on tests for artistic and musical ability. More girls than boys study abroad. More join the Peace Corps. At the same time, more boys than girls are suspended from school. More are held back and more drop out. Boys are three times as likely to receive a diagnosis of attention-deficit hyperactivity disorder. More boys than girls are involved in crime, alcohol, and drugs. Girls attempt suicide more often than boys, but it is boys who more often succeed. In 1997, a typical year, 4,483 young people aged five to twenty-four committed suicide: 701 females and 3,782 males.”

And there you have the 1990s data showing why college-educated women in 2016 can’t find mates. The writing on the wall was there to be read long ago, only now are those ladies finding that it’s actually a problem.

But again, why? Is Christina Hoff Sommers right that in our gender and sexual experiments since the 1960s that we have attempted systemically to raise and educate boys as if they’re girls? Is that why they are not doing well in school, let alone going on to college? Do boys feel that they have no value as “boys” or, eventually as “men”? Have boys quit life as a result?