Are Gentlemen a Thing of the Past? 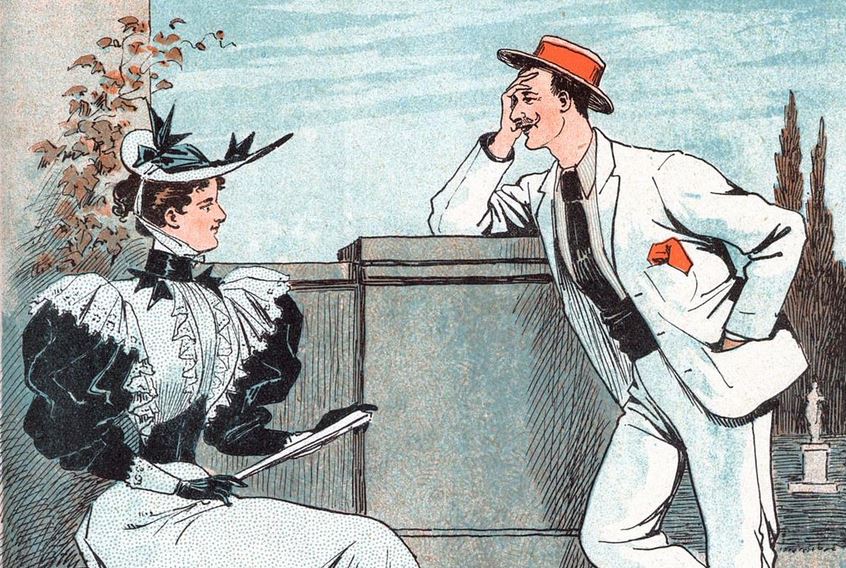 In recent years, it’s become a common complaint of women everywhere that there aren’t any decent men around.

Such complaints may be well-founded, particularly as reports increasingly affirm that some groups of women will have greater difficulty finding a spouse.

But when looking for a spouse, do women sometimes have an ill-informed view of what they should be looking for? Does our culture have a deficient image of the perfect male, causing women to overlook true gentlemen?

Conversely, has our culture failed to give young men and boys an appropriate understanding of a gentleman?

In 1893, lawyer Maurice Egan set out to describe the traits and characteristics of a true gentleman. Although some of the manners he portrayed are now considered archaic, a few of them are timeless and well worth consideration.

1. A gentleman focuses on the good

Biting sarcasm and personal attacks are par for the course today, particularly on social media. But according to Egan, the true gentleman avoids such behavior:

“There is no sign which indicates ignorance or lack of culture so plainly as the tendency to censure, to jibe, to sneer, — to be always on the alert to find faults and defects. On the other hand, a true gentleman does not censure, if he can help it: he prefers to discover virtues rather than faults; and, if he sees a defect, he is silent about it until he can gently suggest a remedy.”

2. A gentleman thinks of others

According to Egan, the cultural mantra of “looking out for number one” holds no place in the life of a gentleman:

“The true gentleman in like manner carefully avoids whatever may cause a jar or a jolt in the minds of those with whom he is cast, – all clashing of opinion or collision of feeling, all restraint or suspicion or gloom or resentment, – his great concern being to make every one at their ease or at home. He has his eyes on all the company: he is tender towards the bashful, gentle toward the distant, and merciful towards the absurd; he can recollect to whom he is speaking; he guards against unreasonable allusions or topics which may irritate….”

Some label many of today’s millennials as “narcissists.” Yet in Egan’s thinking, extreme self-love and interest have no place in the life of a gentleman:

“[H]e is seldom prominent in conversation, and never wearisome. He makes light of favors when he does them and seems to be receiving when he is conferring. He never speaks of himself except when compelled, never defends himself by a mere retort….”

4. A gentleman pays attention to details

“It is in the ordinary ways of life that the true gentleman shows himself. He does not wait until he gets out of school to pay attention to the little things. He begins here, and he begins the moment he feels that he ought to begin.”

Although we’ve all heard that you can’t fairly judge a book by its cover, the fact is that we do judge others, at least initially, by their appearance. As such, respected gentlemen, Egan declares, present a neat and careful appearance to the world.

“A young man cannot afford to be slovenly in his dress. Carelessness in dress will prejudice people against him…. He will find himself mysteriously left out in invitations. If he applies for a position in an office or a bank, or anywhere else, where neatness of dress is expected, he will get the cold shoulder. … You may say that dress does not make the man. … The stamp of your character and the manner of your bringing up give you the value at which the world appraises you.”