Where are the ‘People of Color’? 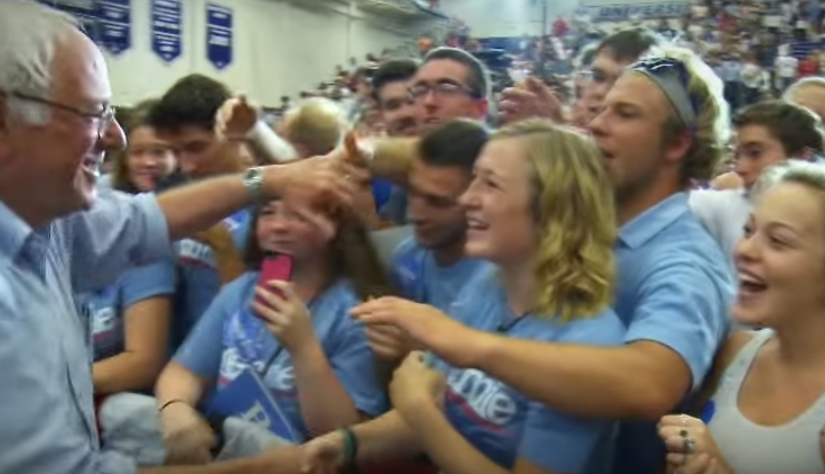 These days, it’s usually Donald Trump being attacked for being a “racist” and charged with stirring up “angry, white male” voters. But if you look at both Bernie Sanders and Hillary Clinton events, they appear to be overwhelmingly stirring up whites, too.

If you don’t believe it, just take a look at some of the most popular Google image search results for each campaign.

If we look at the crowds, not the people put together behind the candidates’ podiums for optics, you find that they are overwhelmingly white. Take away the signs and the candidates, and there is little difference between either a Trump or Sanders rally, they’re both filled with angry whites. To be fair, Clinton seems to have slightly more diversity in her audiences, but even then it seems marginal and the challenge is that she isn’t drawing the kinds of crowds necessary to compare the demographics of her supporters to those of either Trump or Sanders.

And as much as Bernie Sanders supporters might push back against the idea that their candidate overwhelmingly rallies whites, not a few people have pointed out the “white” demographics of his latest campaign video:

Again, political rallies for the leading candidates in 2016 seem to be a sea of white faces. Why is that? Have people of color written off 2016? Are they unhappy with the candidates? Are the candidates’ talking points resonating mainly just with white America? What’s going on out there?