How Technology Frees and then Enslaves 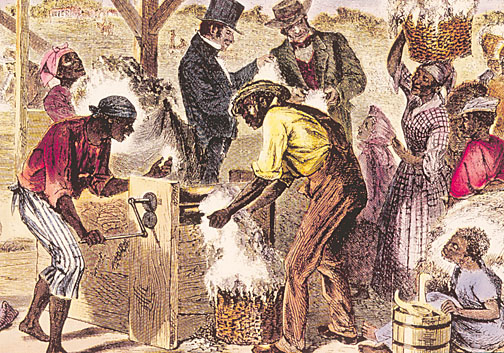 Arguably since Francis Bacon in the 16th century, the idea that science and technology can conquer nature and even give man a sort of utopian existence has grown more pervasive. But for all of our technological progress, are we any closer to such a life of freedom and bliss?

There can be no doubt that we have advanced enormously since coming out of the Dark Age that followed the collapse of the Roman Empire. Furthermore, that advance appears exponential as knowledge compounds upon knowledge. Yet, while we can address so many of man’s material needs through these advancements in science, we are still plagued by all of the ills of humanity that have been with us since recorded history. Even worse, while we’re able to heal many more than in the past, we’re also able to kill many more. And we’ve proven our willingness to do so over the 20th century.

Indeed, while technology seems to fulfill its objective by freeing us from nature, we quickly find that the technology itself becomes the enslaver. Consider these examples:

Cars: With the automobile, we are now freed from the natural limitations of travel by foot or horse, able to travel vast distances at incredible speeds. A century later, though, and we are utterly enslaved by our cars. For most Americans, they need cars to get to work, groceries, household supplies, schools, family, church, etc. To keep the car running, we are completely dependent upon oil companies and car manufacturers. Most Americans probably can’t even change the oil for their cars, let alone perform major repairs. And even if they can repair their cars, they are dependent upon factories and shipping networks to deliver the new parts.

Computers: We were told that computers would enhance communication, provide a better platform for work, help us with complex calculations, free us of paper, etc. And in many ways, other than freeing us from paper, computers have done all of those things. The smartphone, basically a mini-computer, is even more incredible.

Except that now if you don’t have a computer or a smart phone, you can barely engage in the economy or even society. To get a job, you most likely need word processing capability to create a resume and then an e-mail program to send in your application. To run a business, you need computers to process and send credit and debit card payments. And if your business doesn’t have a website, it’s as if it doesn’t exist.

So, yes, computers have given us enormous capabilities on the whole, but individuals have also been enslaved to them in order to be a part of society and to provide for themselves. Again, we freed ourselves from certain limits placed on us by nature only then to be enslaved by the very technology that was to free us.

Modern Medicine: Wonderful things have happened through modern medicine. It’s incredible how many lives have been improved through our ability to overcome much of nature, whether it’s vaccinating for polio, treating depression, hyperthyroidism, or infections, mending broken bones, or even performing open-heart surgery.  Truly amazing.

Yet even with modern medicine, we find ourselves paradoxically freed from nature, but utterly enslaved to pharmaceutical companies, doctors, insurance companies, manufacturing facilities, shipping networks, etc. Anyone with a chronic condition knows that they cannot miss their regimen of pills or injections without nature having her way. The choice is certainly better than death or a painful, short existence, but in the end we are still no closer to a utopian state of freedom.

Industrialism: Isn’t it glorious that we can acquire shirts, jackets, shoes, and so much more so cheaply? It’s certainly better than wearing furs or spending time making our own clothes, but nowadays how many of us can even sew or stitch, let alone weave our own cloth like the olden days? Unless you’re living along the equator or close to it, nature demands that you have clothing at some point during the year. Freed from nature and the drudgery of such work, industrialism oddly then puts us in a state of dependency upon factories and shipping networks.

Electricity: When you think about what has enabled us to conquer so many facets of nature, the ability to produce and harness electricity ranks quite high. Starting in the early 1880s, electricity began to be produced for both public and commercial uses. It cannot be emphasized enough how much of our technology and development is tied to the widespread availability of electricity. Today, we take for granted incredible accomplishments like refrigeration and the ability to cheaply and effectively light the night.

But that also reveals our dependency. When the electricity goes off, we suddenly find ourselves at the mercy of nature. Just think about how quickly the food in your refrigerator and freezer will rot if the power goes out. Indeed, without electricity nearly everything in our society would come to a halt. How many of us would know how to survive without it? We are both freed from nature and utterly enslaved to our technology.

The list could go on, but the point has hopefully been made. We can conquer parts of nature, but in doing so we are not necessarily any closer to a place of utopian freedom and bliss. To say that is not to bash technology, but rather to realistically assess what can and cannot be achieved. We should keep in mind too that man has always existed in some state of dependency upon the fruits of nature and his labor as well as upon his fellow man. We are, after all, a social creature and generally cannot do everything ourselves.

It’s also worth reminding ourselves again that despite how much we have improved our material well-being, the same spiritual challenges remain with us: Pride, Envy, Gluttony, Lust, Anger, Greed, and Sloth. In many ways, technology has just complicated that side of the human experience.

Again, there’s nothing wrong with trying to improve the human condition through technology, but we should be aware of its limits and effects. Knowing those, it would probably be wise to temper any hopes for creating heaven on earth.