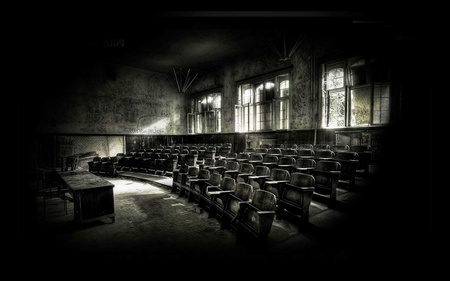 In 1987 Allan Bloom’s The Closing of the American Mind was published. It represented a penetrating critique of higher education in America. Almost thirty years later, his criticisms—including the following eight—are still very much relevant:

1) “Fathers and mothers have lost the idea that the highest aspiration they might have for their children is for them to be wise… Specialized competence and success are all that they can imagine.”

2) “We are like ignorant shepherds living on a site where great civilizations once flourished. The shepherds play with the fragments that pop up to the surface, having no notion of the beautiful structures of which they were once a part.”

3) “Although it is foolish to believe that book learning is anything like the whole of education, it is always necessary, particularly in ages when there is a poverty of living examples of the possible high human types.”

4) “Only Socrates knew, after a lifetime of unceasing labor, that he was ignorant. Now every high-school student knows that. How did it become so easy?”

5) “History and the study of cultures do not teach or prove that values or cultures are relative. All to the contrary, that is a philosophical premise that we now bring to our study of them.”

6) “First radio, then television, have assaulted and overturned the privacy of the home, the real American privacy, which permitted the development of a higher and more independent life within democratic society.”

7) “The current school system [has an] utter inability to distinguish between important and unimportant in any way other than by the demands of the market.”

8) “The failure to read good books both enfeebles the vision and strengthens our most fatal tendency—the belief that the here and now is all there is.”