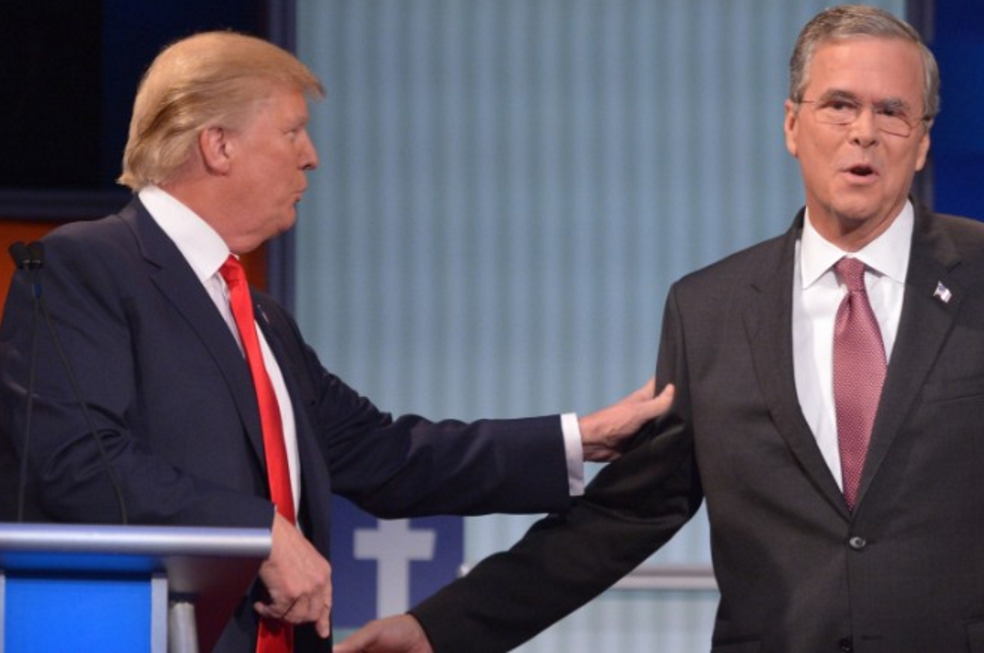 No matter whether or not you like Jeb Bush or Donald Trump, sometimes politics will give you a chuckle.

The rick-rolling that was pointed out to me today, reminds me a bit of a story from Plunkitt of Tammany Hall, which is an account of George Washington Plunkitt’s views of politics and America through the lens of a Tammany Hall man in the late-1800s and early-1900s in New York City. It is the story of politics at its finest or worst depending on your perspective.

One story of how the political factions competed against each other is particularly humorous:

“Every morning their agents went to their respective headquarters before seven o’clock and read through the death notices in all the morning papers. If they found that anybody in the district had died, they rushed to the homes of their principals with the information and then there was a race to the house of the deceased to offer condolences, and, if the family were poor, something more substantial.

On the day of the funeral there was another contest. Each faction tried to surpass the other in the number and appearances of the carriages it sent to the funeral, and more than once they almost came to blows at the church or in the cemetery.

On one occasion the Goodwinites played a trick on their adversaries which has since been imitated in other districts. A well-known liquor dealer who had a considerable following died, and both Sheehan and Goodwin were eager to become his political heir by making a big showing at the funeral.

Goodwin managed to catch the enemy napping. He went to all the livery stables in the district, hired all the carriages for the day, and gave orders to two hundred of his men to be on hand as mourners.

Sheehan had never had any trouble about getting all the carriages that he wanted, so he let the matter go until the night before the funeral. Then he found that he could not hire a carriage in the district.

He called his district committee together in a hurry and explained the situation to them. He could get all the vehicles he needed in the adjoining district, he said, but if he did that, Goodwin would rouse the voters of the Ninth by declaring that he (Sheehan) had patronized foreign industries.

Finally, it was decided that there was nothing to do but to go over to Sixth Avenue and Broadway for carriages. Sheehan made a fine turnout at the funeral, but the deceased was hardly in his grave before Goodwin raised the cry of ‘Protection to home industries,’ and denounced his rival for patronizing livery-stable keepers outside of his district. The cry had its effect in the primary campaign. At all events, Goodwin was elected leader.”

Fast-forward to the digital age and you learn that if you click on JebBush.com, you get re-directed to this:

Yes, it turns out that Donald Trump bought JebBush.com for $250,000. Whether you love him or hate him, you can’t help but chuckling at the political theater.