Teenagers: They can achieve so much more 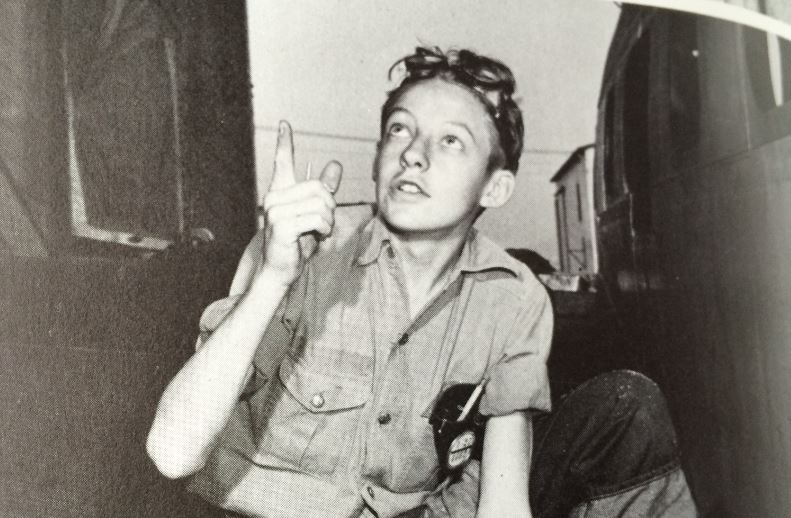 Without a doubt, if you’re a regular follower of Intellectual Takeout, you’ve probably noticed our critiques of the modern education system. For some, any critique of the education system means we must be “anti-education”. Here’s a bit of reality: One can be for “education” while also being thoroughly disappointed in the current “education system”.

One of the things that troubles me about the current education system is how it suppresses so much human potential. There is an assumption that seems to run through much of the education establishment that without the current system and its version of education provided, one cannot be educated or achieve great things in life. Yet, the historical record would prove that such a position is indefensible.

I was reminded of this bias in educators recently when flipping through Time-Life’s The Home Front: U.S.A., which is a part of 39-volume set about World War II. Many Americans would be familiar with the role of “Rosie the Riveter” who became the symbol of women going to work in the factories while military-age men went off to fight the Japanese, Italians, and Germans.

Rosie the Riveter quickly became a symbol of the potential of women. The image above is still used quite often in association with women’s quest for equality and is highlighted by many high school curriculum as an important development in America’s history.

What’s left out of the high school curriculum, though, is the role of teenagers in the factories and shipyards. One wonders what conversations would take place if more time was spent on that aspect of history.

Here’s what The Home Front had to share about the role of American teenagers in World War II:

“With the War’s growing appetite for able-bodied men consuming America’s labor supply in the early 1940s, teenage boys and girls were among those who filled in as replacements. At the same time, many states had to relax their child-labor laws to allow minors to work. By 1943, there were almost three million American boys and girls on the job in American fields and factories, half a million of them in defense plants where they were paid at the standard rate.

These striplings were not just poor substitutes for strong men; they pulled their share of the load, despite their lack of seasoning. One defense contractor, Lockheed Aircraft hired 1,500 boys in 1943 as riveters, draftsmen, electricians, and sheet-metal workers. Their delighted supervisors discovered that two young people working a four-hour shift accomplished more than an adult employee who was doing a regular eight-hour stint.

In the process of bringing great numbers of children into the work force, the War altered the lives of many adolescents. Lured by high wartime wages, they took jobs and forgot about their education. Between 1940 and 1944, the number of teenage workers in America increased by 1.9 million; the number attending school declined by 1.25 million. Many who tried to combine school and work fell asleep in class, weary from the demands of the job.”

Curiously, even this piece reveals some of the bias about the education system. While they may not have been in school, were those teenagers learning? Certainly. Furthermore, those teenagers proved that they are capable of incredible deeds when given the chance. Here are the pictures that accompanied the piece in The Home Front:

At Intellectual Takeout, we would argue that education is much more than preparation for careers and college. Education is the passing on of culture, traditions, of a way of life. The three Rs and other components of education are merely the needed tools to engage in the culture.

Nonetheless, if school today is largely seen as job-training, then are there better ways that we can go about doing it? The current popularity of apprenticeships would certainly indicate that the public recognizes that teenagers need more options and that their full potential isn’t being tapped.

If we want young Americans to be able to be challenged and to achieve all that they can, then it’s time to rethink the current education system.