One sentence that explains Trump’s popularity 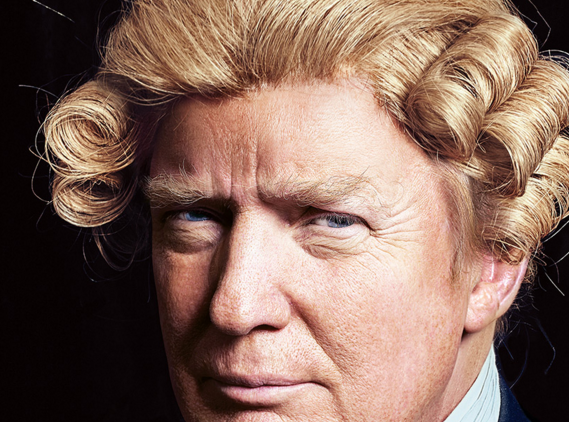 Mass human psychology plays a major role in determining who gets elected in this country of ours. That psychology, though, varies wildly depending on current events. Some men benefit from the times and some men are destroyed by the times.

Would George Washington be electable today? Would Lincoln have succeeded at any other time than the 1860s? And what about our current president, could he have been elected at a different time? All fun questions to ponder.

In The New Dealers (1934), John Franklin Carter writes about the rise of President Roosevelt (FDR) in the 1930s. While Carter argues that FDR’s success is partly due to “four very important factors: a good family, a good digestion, a good education, and a bad illness”, he also admits that “he was born at the right time and in the right place for all of these factors to work together to the greatest advantage”.

Again, whether you love them or hate them, some men seem to sense the mass psychology of their time and are able to exploit it. We’re not facing a crippling depression today, but the mood of the country is certainly anxious about a variety of things.

To the surprise of all, Donald Trump seems to have sensed this moment in history. Every rule has been broken. Things have been said that shock the senses of the political class and the elites. And, yet, his popularity continues to rise while the powerful gnash their teeth in impotence. For better or worse, we shall learn soon enough if he truly senses this time in history correctly. If he does, we will also learn what that means for freedom and justice.

Some may end up like Sinclair Lewis’ character, Doremus Jessup:

“Constantly, in the Informer, he criticized the government but not too acidly.

The hysteria can’t last; be patient, and wait and see, he counseled his readers.

It was not that he was afraid of the authorities. He simply did not believe that this comic tyranny could endure. It can’t happen here, said even Doremus – even now.”

Or things will be different. Who knows?

Whatever happens, for this particular moment of uneasy times there is a sentence from The New Dealers that seems rather relevant:

“The starveling saints may win shrines from posterity, but the full-blooded, hearty man is the hero of his own times.”

Whatever your position, never forget the power of mass human psychology and the potential of those who are able to exploit it.