Norway has to teach immigrants not to rape women 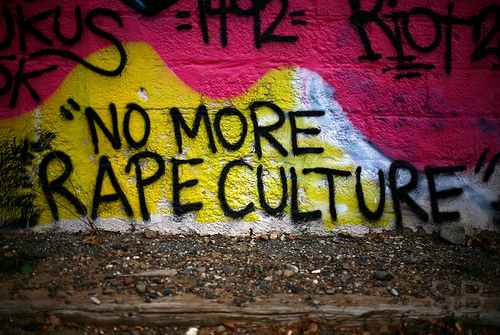 A fascinating article in The New York Times reporting on attempts to assimilate Muslim immigrants explodes the idea of multiculturalism and unwittingly reveals the hypocrisy of the modern, liberal society.

The problem is that if we admit that our tolerant, egalitarian societies are actually built upon the assertions of varying sets of values, then we find that we cannot be true to our desires of equality and tolerance because there are individuals and cultures who simply do not play by our rules. Ultimately, we face the reality that there can be no value-neutral or morally-neutral culture and that force must be used to maintain the society we want. But such thinking goes against the very premises of tolerance and equality that we’re claiming as the moral foundation for our culture. It’s a nasty catch-22.

All of this is revealed in various European countries’ attempts to assimilate Muslim immigrants. Here’s the opening from The New York Times article:

“When he first arrived in Europe, Abdu Osman Kelifa, a Muslim asylum seeker from the Horn of Africa, was shocked to see women in skimpy clothes drinking alcohol and kissing in public. Back home, he said, only prostitutes do that, and in locally made movies couples ‘only hug but never kiss.’

Confused, Mr. Kelifa volunteered to take part in a pioneering and, in some quarters, controversial program that seeks to prevent sexual and other violence by helping male immigrants from societies that are largely segregated or in which women show neither flesh nor public affection to adapt to more open European societies.

Fearful of stigmatizing migrants as potential rapists and playing into the hands of anti-immigrant politicians, most European countries have avoided addressing the question of whether men arriving from more conservative societies might get the wrong idea once they move to places where it can seem as if anything goes.

But, with more than a million asylum seekers arriving in Europe this year, an increasing number of politicians and also some migrant activists now favor offering coaching in European sexual norms and social codes.”

If you’re wondering what’s driving the need to teach Muslim immigrants about women, it is the spike in rapes in European countries, with immigrants overrepresented:

“Henry Ove Berg, who was Stavanger’s police chief during the spike in rape cases, said he supported providing migrants sex education because ‘people from some parts of the world have never seen a girl in a miniskirt, only in a burqa.’ When they get to Norway, he added, ‘something happens in their heads.’

He said, ‘there was a link but not a very clear link’ between the rape cases and the city’s immigrant community. According to the state broadcaster, NRK, which reviewed court documents, only three of 20 men found guilty in those cases were native Norwegians, the rest immigrants.”

None of this story should be a surprise to anyone, but it seems it is actually a surprise. The attempt to blend together people of very different cultures and civilizations doesn’t work. Either the immigrants must assimilate and give up many of their ways or the immigrants keep their ways and take over their new homeland. It is the clash of civilizations. The logical applications of tolerance and equality simply do not work as Nina Machibya, the immigration center’s manager, admits:

What a claim! If everything is relative and there is no truth, then there is no “right and wrong”. But, no, this Norwegian, immigrant-assimilation effort seems to be arguing that their open, tolerant culture is morally right while the societies from which the Muslim immigrants come are morally wrong.

The realization that all cultures are not equal, and that a society attempting to tolerate all cultures and people doesn’t work, is being learned the hard way:

“Hanne Kristin Rohde, a former head of the violent crime section of the Oslo Police Department, said she ran into a wall of hostility when, in 2011 while still in the police force, she blamed sexual violence by foreign men on cultural factors and went public with data suggesting that immigrants committed a hugely disproportionate number of rapes.

‘This was a big problem but it was difficult to talk about it,’ Ms. Rohde said recently, asserting that there was ‘a clear statistical connection’ between sexual violence and male migrants from countries where ‘women have no value of their own.’ The taboo, she added, has since eased somewhat.

‘There are lots of men who haven’t learned that women have value,’ said Ms. Rohde, who wants mandatory sexual conduct classes for all new male migrants. ‘This is the biggest problem, and it is a cultural problem.’”

We of the West have a philosophical problem on our hands. Reality is confronting our cultural assumptions and proving that the foundational ideas of tolerance and equality have limits. Indeed, not only are we seeing limits to those ideas, but we are also seeing that what we thought was the foundation of our society will be our very undoing unless we come up with something more firm to stand upon.