5 Un-PC Quotes about Christmas from Past Presidents 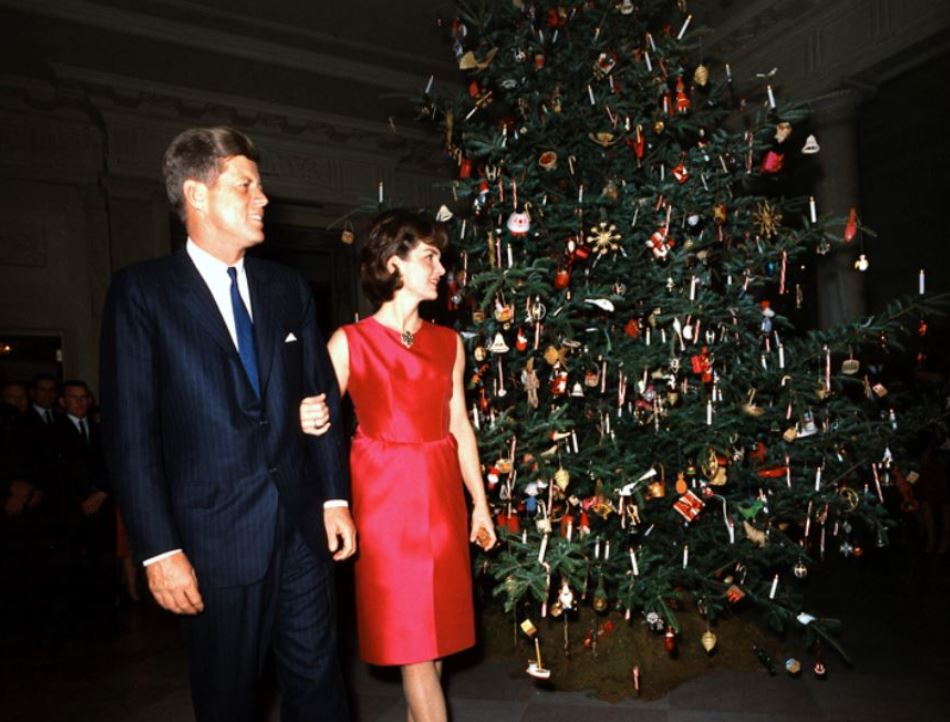 If the backlash against various politically correct school Christmas programs is any indication, the general population may be growing weary of doing the PC dance. If such is the case, then the following quotes from five of America’s leaders should be a refreshing alternative.

“To the American People: Christmas is not a time or a season but a state of mind. To cherish peace and good will, to be plenteous in mercy, is to have the real spirit of Christmas. If we think on these things, there will be born in us a Savior and over us will shine a star sending its gleam of hope to the world.” – Calvin Coolidge, 1927

“The spirit of Christmas breathes an eternal message of peace and good-will to all men. We pause therefore on this Holy Night and, laying down the burdens and the cares of life and casting aside the anxieties of the common day, rejoice that nineteen hundred years ago, heralded by angels, there came into the world One whose message was of peace, who gave to all mankind a new commandment of love. In that message of love and of peace we find the true meaning of Christmas.

And so I greet you with the greeting of the Angels on that first Christmas at Bethlehem which, resounding through centuries, still rings out with its eternal message: ‘Glory to God in the highest, and on earth peace, good-will to men.’” – Franklin D. Roosevelt, 1935

“We mark the festival of Christmas which is the most sacred and hopeful day in our civilization. For nearly 2,000 years the message of Christmas, the message of peace and good will towards all men, has been the guiding star of our endeavors. This morning I had a meeting at the White House which included some of our representatives from far off countries in Africa and Asia. They were returning to their posts for the Christmas holidays. Talking with them afterwards, I was struck by the fact that in the far off continents Moslems, Hindus, Buddhists, as well as Christians, pause from their labors on the 25th day of December to celebrate the birthday of the Prince of Peace. There could be no more striking proof that Christmas is truly the universal holiday of all men. It is the day when all of us dedicate our thoughts to others; when all are reminded that mercy and compassion are the enduring virtues; when all show, by small deeds and large and by acts, that it is more blessed to give than to receive.” – John F. Kennedy, 1962

“Of all the songs ever sung at Christmastime, the most wonderful of all was the song of exaltation heard by the shepherds while tending their flocks on the night of Christ’s birth. An angel of the Lord appeared to them and said: ‘Fear not: for, behold, I bring you good tidings of great joy, which shall be to all people. For unto you is born this day in the city of David a Savior, which is Christ the Lord.’ Suddenly there was with the angel a multitude of voices praising the Heavenly Father and singing: ‘Glory to God in the highest, and on earth peace, good will toward men.’

Sometimes, in the hustle and bustle of holiday preparations we forget that the true meaning of Christmas was given to us by the angelic host that holy night long ago. Christmas is the commemoration of the birth of the Prince of Peace, Jesus Christ, whose message would truly be one of good tidings and great joy, peace and good will. During this glorious festival let us renew our determination to follow His example.” – Ronald Reagan, 1983

“The Christmas story is dear and familiar to us all—shepherds and angels, Wise Men and King Herod, Mary and Joseph, and, at the heart of it all, a Child. This Child was born into poverty in a city too crowded to offer Him shelter. He was sent to a region whose people had endured suffering, tyranny, and exile. And yet this Child brought with Him riches so great that they continue to sustain the human spirit two thousand years later: the assurance of God’s love and presence in our lives and the promise of salvation.” – Bill Clinton, 1995