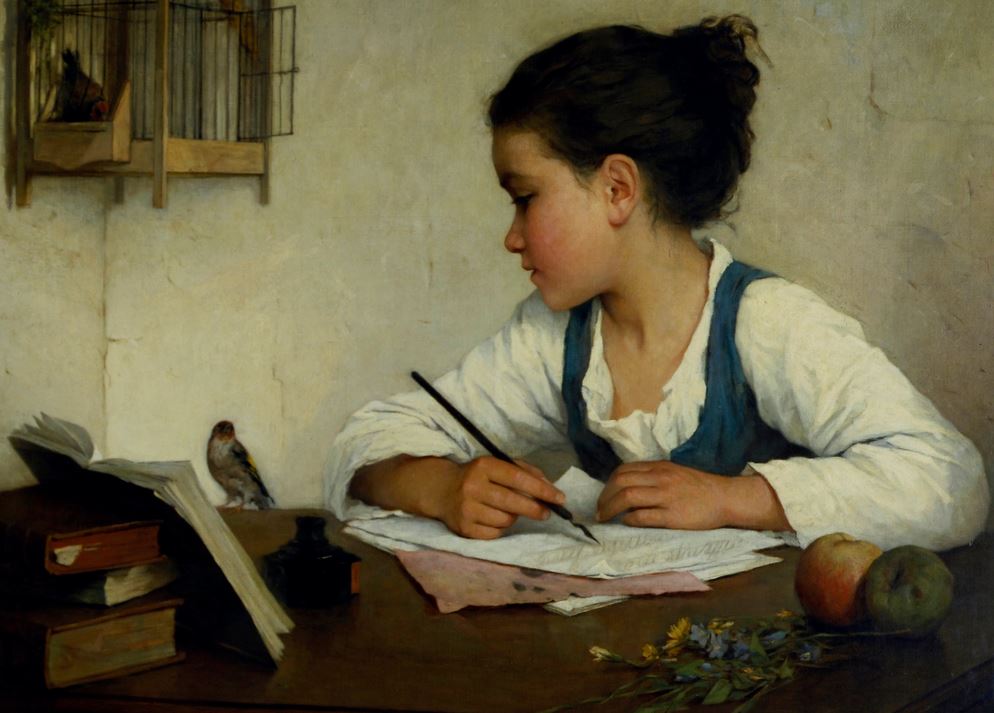 Last week the Nation’s Report Card announced that no more than 40% of America’s 4th and 8th graders are proficient in reading and math. Those are scary numbers, but the numbers for writing are even more frightening: only 27% of American 8th and 12th graders attained proficiency.

Why are American students such terrible writers?

Several answers to this question dawned on me while reading through an 1897 text by Dr. Edwin Lewis. Entitled A First Book in Writing English, Dr. Lewis’ book was recommended for freshman and sophomore students and used in places such as Ann Arbor High School around the turn of the 20th century. Needless to say, American schools, students, and even adults regularly violate three principles which Lewis deemed essential to the writing process.

As has been previously noted, today’s schools often fail to present their students with many literature selections which demonstrate good examples of vocabulary, sentence structure, and other components of high-quality writing. A thorough and challenging reading program, however, is one of Lewis’ keys to successful writing.

“One of the quickest ways of learning to know good English, is oral reading. For him who would write the language it is therefore a great economy to learn to read it. It is an invaluable habit to read aloud every day some piece of prose with the finest feeling the reader can lend to it. In no other way can one so easily learn to notice and to remember new words. In no other way can one catch the infinitely varied rhythm of prose, and acquire a sense of how a good sentence rises gradually from the beginning and then descends in a cadence. This rise and fall of the sentence is not merely a matter of voice; it is a matter of thought as well. …

If the student reads aloud from writers whose work was natural, unforced, original, he will gradually come to see his own ideas more clearly, feel his own feelings more keenly.”

The fast-paced age of the internet has trained all of us – adults and children alike – to become text skimmers. But such a practice diminishes thought and understanding, two facets essential to good writing.

“To gain new words and new ideas, the student must compel himself to read slowly. Impatient to hurry on and learn how the tale or poem ends, many a youth is accustomed to read so rapidly as to miss the best part of what the author is trying to say. Thoughts cannot be read so rapidly as words. To get at the thoughts and really to retain the valuable expressions, the student must scrutinize and ponder as he reads. Each word must be thoroughly understood; its exact value in the given sentence must be grasped.”

“Drill and Kill” and the memorization of facts has become a prominent no-no in an age where creativity and feelings are encouraged. But is the de-emphasis on memorization actually depriving children of valuable writing material?

“To the habit of memorizing, many a person is indebted not merely for high thoughts that cheer hours of solitude and that stimulate his own thinking, but for command of words. The degree to which the language of modern writers is derived from a few great authors is startling. Shakespeare’s phrases are a part of the tissue of every man’s speech to-day. Such writers as Charles Lamb bear Shakespeare’s mark on every page. The language of the King James version of the Bible is echoed in modern English prose and poetry. It formed styles so unlike as those of Bunyan, Ruskin, and Abraham Lincoln. Most teachers would declare that a habit of learning Scripture by heart is of incalculable value to a student’s English.”

Would we see American writing ability increase if these three elements were restored to the classroom?