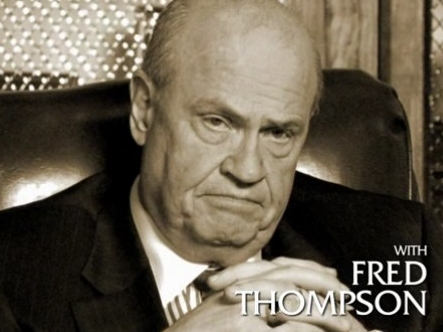 Yesterday, former U.S. Senator Fred Thompson died at the age of 73. In addition to serving in the Senate for the state of Tennessee, Thompson was famous for his role as a lawyer in the Watergate hearings and his career as a character actor in film and television.

In remembrance of Thompson, here are nine quotes that illustrate his wit and wisdom:

1. “After eight years in Washington, I longed for the realism and sincerity of Hollywood.”

2. “My daddy always said that a man who walks around with a smile on his face all the time can’t possibly know what’s going on.”

3. “Where I stand doesn’t depend on where I’m standing.”

4. “They say that God protects drunks and children. I would add young morons to that list.”

5. “We can build bridges, but we also have to draw lines.”

6. “A person who never quits is never defeated.”

7. “Every foreign policy of every major nation involves reason, common sense, carrots and sticks. You can’t have all carrots and no sticks.”