Do More Americans Need to Get Outdoors? 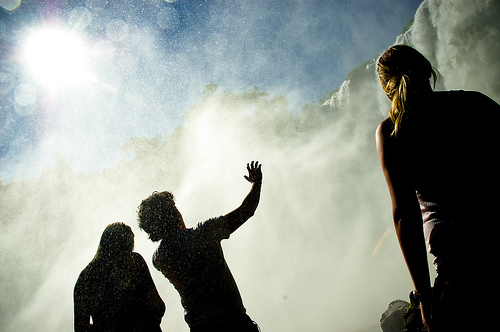 It’s becoming increasingly uncommon for adults and children alike to get out of doors, and that’s causing major health problems.

According to U.S. News and World Report, the failure of many Americans to get out of doors may be related to childhood temper tantrums and even “chronic diseases such as diabetes, hypertension and asthma.” As the article explains it, Americans are missing a good solid dose of nature in their everyday lives:

“According to research compiled by journalist Richard Louv in the 2005 book ‘Last Child in the Woods,’ a lack of outdoor time for kids contributes to conditions such as childhood obesity, attention disorders and depression. He coined the term ‘nature deficit disorder’ to describe these and other negative effects. In 2012, he wrote another book, ‘The Nature Principle,’ ? showing that adults aren’t immune from the ill-effects of too much time indoors either. ‘The more high-tech our lives become, the more nature we need,’ he tells U.S. News?. ‘It’s an equation. It’s true of families, it’s true for children, it’s true for adults.’

Research ?shows that kids with attention deficit hyperactivity disorder who play in ‘green’ settings have milder symptoms than those who play indoors. Among adults, group nature walks have been linked with lower depression, less stress and better mental health and well-being, according to a 2014 study in the journal Ecopsychology. Other research has shown that ‘forest bathing trips,’ or long stretches of time in the woods, can boost the number of white blood cells that fight viruses and tumors?. ‘We can very rapidly reset our nervous systems,’ says Amos Clifford?, founder and director of the ?Association of Nature and Forest Therapy Guides and Programs. ‘All it takes is getting out of our heads and into our senses … and slowing down.’”

Is it possible that our shift away from a nature-filled lifestyle is hurting us more than we realize?