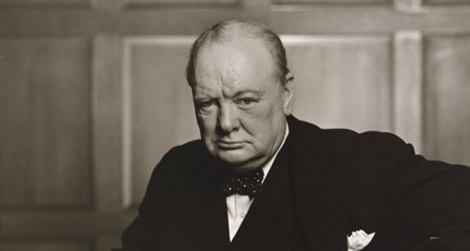 Winston Churchill is one of the most quotable of modern figures. As such, he’s also one of the most frequently misquoted people, in company with Alfred Einstein and Mark Twain.

Here are 5 quotes that are popularly attributed to Churchill, but that he didn’t actually say or write:

1. “Success is not final, failure is not fatal: it is the courage to continue that counts.”

A nice play on words, but not anywhere to be found in Churchill’s corpus of writings.

3. “You have enemies? Good. That means you’ve stood up for something, sometime in your life.”

Also not Churchill. Something close to it is found in a journal entry of Victor Hugo written in 1845:

The origin of this quote is unknown, but what we do know is that it is “not by Churchill, or at least not verifiable in any of the 50 million published words by and about him”

It may be true, but Churchill didn’t utter it.