15 Thoughts from the Father of Modern Propaganda 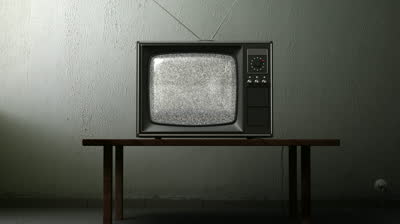 Fascinatingly, the term propaganda has roots in the Catholic Church’s missionary work and push-back against the Protestant Reformation. Mark Crispin Miller, professor of media studies at New York University, describes the development of the word propaganda as follows:

“The word had been coined in 1622, when Pope Gregory XV, frightened by the global spread of Protestantism, urgently proposed an addition to the Roman curia. The Office for the Propagation of the Faith (Congregatio de propaganda fide) would supervise the Church’s missionary efforts in the New World and elsewhere…”

Interestingly, too, according to Miller the word propaganda did not have the connotation it does today:

“Far from denoting lies, half-truths, selective history or any of the other tricks that we associate with ‘propaganda’ now, that word meant, at first, the total opposite of such deceptions. Of ‘the sheep now wretchedly straying’ the world over, Gregory wrote:

‘Especially it is to be desired that, inspired by divine grace, they should cease to wander amidst heresies through the unhappy pastures of infidelity, drinking deadly and poisonous water, but be placed in the pasture of the true faith, that they may be gathered together in saving doctrine, and be led to the springs of the waters of life.’”

Naturally, the power of what we now call propaganda was revealed as the result of the work of both the American and British governments. That genie could never be put back in the bottle. One of the men who saw the power of propaganda and actually believed in its necessity in the 20th century was Edward Bernays. He is considered by many to be the “father of public relations”.

In his seminal book Propaganda, Bernays expands upon his thinking about what propaganda is, its necessity in our modern, complex societies, and how it is best used for business and government. Below are 15 powerful quotes from his book:

1). “Those who manipulate this unseen mechanism of society constitute an invisible government which is the true ruling power of our country.”

2). “The groupings and affiliations of society today are no longer subject to ‘local and sectional’ limitations.”

3). “Universal literacy was supposed to educate the common man to control his environment … But instead of a mind, universal literacy has given him rubber stamps, rubber stamps inked with advertising slogans, with editorials, with published scientific data, with the trivialities of the tabloids and the platitudes of history, but quite innocent of original thought.”

4). “Modern propaganda is a consistent, enduring effort to create or shape events to influence the relations of the public to an enterprise, idea or group.”

5). “Only through the active energy of the intelligent few can the public at large become aware of and act upon new ideas.”

6). “There may be a handful of men who control the educational methods of the great majority of our schools.”

7). “The new profession of public relations has grown up because of the increasing complexity of modern life and the consequent necessity for making the actions of one part of the public understandable to other sectors of the public.”

8). “It is futile to attempt to sell an idea or to prepare the ground for a product that is basically unsound.”

9). “For in many instances only by a careful system of constant, thorough and frank information will the public understand and appreciate the value of what a merchant, educator or statesman is doing.”

10). “Propaganda, like economics and sociology, can never be an exact science for the reason that its subject-matter, like theirs, deals with human beings.”

11). “If you influence the leaders, either with or without their conscious cooperation, you automatically influence the group which they sway.”

12). “Business does not willingly accept dictation from the public. It should not expect that it can dictate to the public.”

13). “The voice of the people expresses the mind of the people, and that mind is made up for it by the group leaders in whom it believes and by those persons who understand the manipulation of public opinion.”

14). “Political campaigns today are all sideshows, all honors, all bombast, glitter, and speeches.”

15). “Ours must be a leadership democracy administered by the intelligent minority who know how to regiment and guide the masses.”