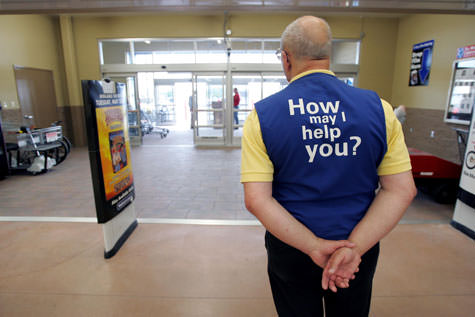 The season of dying seems to be upon my friends and me. Last year, it was my step-father; last week, it was a good friend’s dad. In past years there have been others I know who have passed on and, of course, plenty of scares along the way.

One thing that troubles me is how financially prepared most of the families were for these deaths. By being prepared, these families were able to focus on the moment and not panic about financial ruin from doing so.

But that’s not the case for an awful lot of Boomers. Today, the Minneapolis Star Tribune reported that $14,500 is “the median retirement-account balance among households age 55 to 64.” $14,500!

“The National Institute on Retirement Security (NIRS) calculates that two-thirds of households age 55-64 have savings equal to less than their annual income. A third have no savings at all.”

The article highlights some of the changes that have created this situation, such as the demise of company pensions.

And those Boomers currently depending on their pensions might soon get a rude awakening. State governments and other organizations around the country are having to cut pension payouts due to troubled funds. Here’s an example:

“No wonder Tom Minerath is angry.

Sixty-eight years old and retired since 2007, the Town of Merton man is about to have about $20,000 taken away from his annual pension — money he earned, money that was promised him, money guaranteed in contracts negotiated by one of the country’s strongest labor unions.

Which probably sums up the feelings of more than 270,000 people, including thousands in Wisconsin, who have been told by the financially troubled Central States Pension Fund that their pension payments must be cut, in some cases by 50% or more.

It’s a breaking wave in a financial tsunami created in significant part by a change in government policy more than three decades ago that set in motion overwhelming economic forces.”

So what does it all mean? Given the $18 trillion in debt the federal government is carrying alone, it seems doubtful that Social Security and Medicare will survive in a dependable fashion the financial dislocations that are likely on the horizon. Then there’s the reality that Millennials will probably be poorer than their parents, and have an even more difficult time saving for their retirements.

It will be fascinating to see how a generation that is poorer than its parents is supposed to support itself and its parents.