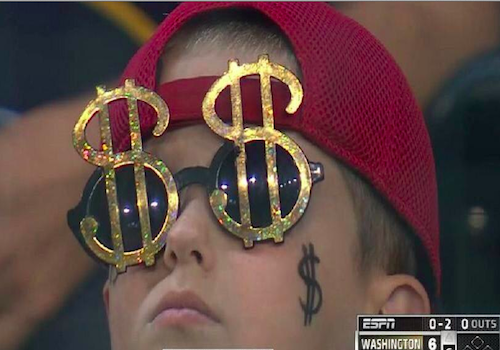 Most of the time we think that lots of money means lots of wealth. But that really depends on where you live. To emphasize that point, consider Zimbabwe’s run-away inflation from a number of years ago. Here is a $100-trillion-dollar-bill from the era:

And if you had that bill, you were still dirt poor because the currency, as you can guess, was essentially worthless.

Now in the U.S., the dollar is certainly much stronger and more stable than Zimbabwe’s currency. But even the dollar has seen its value decrease markedly over the last century. Simply recall all those stories you used to hear from your parents or grandparents about what a quarter could by when they were kids. Money was worth more then, and is worth less now.

So, if money isn’t a precise marker of wealth, what is? Here we turn to Henry Hazlitt, author of Economics in One Lesson.