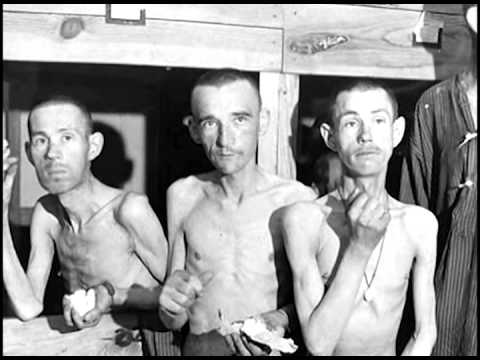 We all suffer. For some it will be a short duration. For others, we are trapped in a prison, figurative or literal, for the duration. Viktor Frankl was one of those trapped in a literal prison, a hell, surviving four different concentration camps in Nazi Germany.

His story in Man’s Search for Meaning is incredible and well worth a read. There are many gems of wisdom and insights into humanity, but for today we thought it would be worth sharing a small portion on his perspective on suffering as it seems like a topic most worthy of consideration.

Many choose to suffer through exercise, diet, or other means and recognize the benefits of suffering. There is a reason and choice behind that suffering, it has a logic to it. But what about unchosen suffering? Even for those of faith, unchosen suffering can be unbearable, though bear it we must. We cannot run away from all of our pain or suffering, nor is it healthy to always be running. So, without further ado, here is Frankl on unchosen suffering and how he found meaning in it:

“As we said before, any attempt to restore a man’s inner strength in the camp had first to succeed in showing him some future goal. Nietzsche’s words, ‘Hew who has a why to live for can bear with almost any how,’ could be the guiding motto for all psychotherapeutic and psychohygienic efforts regarding prisoners. Whenever there was an opportunity for it, one had to give them a why – an aim – for their lives, in order to strengthen them to bear the terrible how of their existence. Woe to him who saw no more sense in his life, no aim, no purpose, and therefore no point in carrying on. He was soon lost. The typical reply with which such a man rejected all encouraging arguments was, ‘I have nothing to expect from life any more.’ What sort of answer can one give to that?

What was really needed was a fundamental change in our attitude toward life. We had to learn ourselves and, furthermore, we had to teach the despairing men, that it did not really matter what we expected from life, but rather what life expected from us. We needed to stop asking about the meaning of life, and instead to think of ourselves as those who were being questioned by life – daily and hourly. Our answer must consist, not in talk and meditation, but in right action and in right conduct. Life ultimately means taking the responsibility to find the right answer to its problems and to fulfill the tasks which it constantly sets for each individual.

… Sometimes the situation in which a man finds himself may require him to shape his own fate by action. At other times it is more advantageous for him to make use of an opportunity for contemplation and to realize assets in this way. Sometimes man may be required simply to accept fate, to bear his cross. Every situation is distinguished by its uniqueness, and there is always only one right answer to the problem posed by the situation at hand.

When a man finds that it is his destiny to suffer, he will have to accept his suffering as his task; his single and unique task. He will have to acknowledge the fact that even in suffering he is unique and alone in the universe. No one can relieve him of his suffering or suffer in his place. His unique opportunity lies in the way in which he bears his burden.

For us, as prisoners, these thoughts were not speculations far removed from reality. They were the only thoughts that could be of help to us. They kept us from despair, even when there seemed to be no chance of coming out of it alive…

Once the meaning of suffering had been revealed to us, we refused to minimize or alleviate the camp’s tortures by ignoring them or harboring false illusions and entertaining artificial optimism. Suffering had become a task on which we did not want to turn our backs. We had realized its hidden opportunities for achievement, the opportunities which caused the poet Rilke to write, ‘Wie vie list aufzuleiden!’ (‘How much suffering there is to get through!’). Rilke spoke of ‘getting through suffering’ as others would talk of ‘getting through work.’ There was plenty of suffering for us to get through. Therefore, it was necessary to face up to the full amount of suffering, trying to keep moments of weakness and furtive tears to a minimum. But there was no need to be ashamed of tears, for tears bore witness that a man had the greatest of courage, the courage to suffer. Only very few realized that. Shamefacedly some confessed occasionally that they had wept, like the comrade who answered my question of how he had gotten over his edema, by confessing, ‘I have wept it out of my system.’”

If the excerpt above is your first introduction to Man’s Search for Meaning and you enjoyed it, we would recommend picking up a copy. If you do so, please consider using the link below as it will also help offset some of our costs for keeping Intellectual Takeout going 24/7. Thanks!