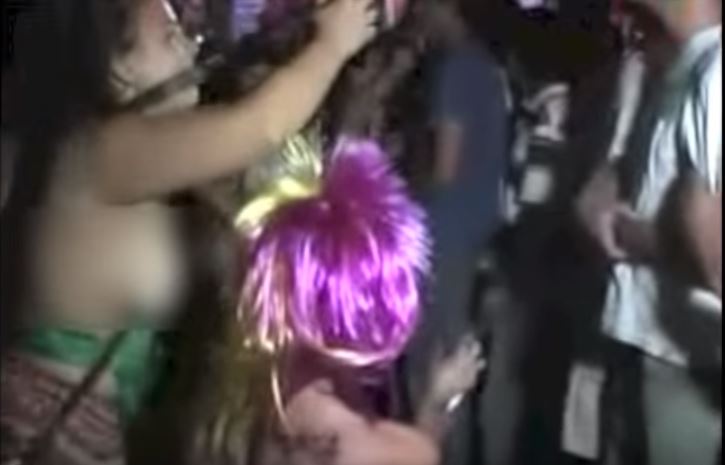 On Sunday, October 11, during the annual “March for Women” feminists – many topless – attempted to sack the Cathedral of Mar del Plata. They broke through the outer gates and attacked the unarmed men who were defending their church, eventually the police had to respond and push them back.

The video is sheer madness and definitely NSFW. Take a watch:

“’We have experienced and suffered a true act of barbarism,’ he said in a statement. After lamenting the ‘magnitude of an irrational hatred’ against the Christian faith, the Church and the pope Francisco, found that ‘it is contradictory to talk of rights and at the same time attacking the rights of others, offending religious sentiment of the vast majority Argentines. Want to impose on others by violent one’s views is unacceptable fall into intolerance.’”

It’s not the first time that the cathedral has been attacked by radical feminists. In 2013, a similar, but arguably worse situation played out in San Jaun, Argentina when the police stood by and allowed topless feminists to assault the peaceful men standing as human barricade to protect their church. The feminists sprayed paint in the eyes of the men, spit on them, and violently assaulted them. Here’s the video (also NSFW):

What a lovely, peaceful, and tolerant bunch.