They Starved, We Bought Snickers 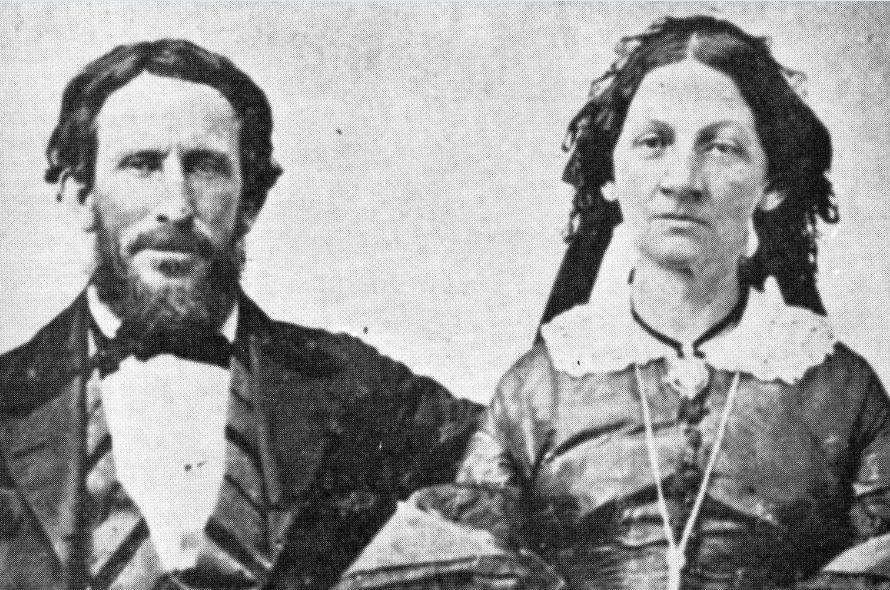 How far we’ve come as a country can be seen in the incredible contrast found at the Donner Memorial State Park, where some of the members of a pioneer group survived the winter of 1846/1847 by cannibalizing their deceased comrades.

If you’re not familiar with the Donner Party, you can gain a bit of background from a memorial plaque at the Donner Memorial State Park:

The modern surroundings for this grisly location are truly incredible. The Donner Memorial State Park is located in Truckee, CA, a rustic town with high-end shopping, which is about 20 minutes from the shores of Lake Tahoe. If you were to drive to the lake from Truckee, you would either go by the Northstar ski resort or both Squaw Valley Resort and Alpine Meadows Ski Resort. Here’s a very professional map:

Since that map wasn’t detailed enough, here’s another map (we spent big money on this one) focusing on the area where the Donner Party survived the winter:

Here’s a picture of the boulder that one of the Donner Party cabins was built into that is located in the area circled above in the map and titled “Donner Party Starved”:

Here’s a picture of the memorial on the rock:

Here’s a rendering of the cabin:

Patrick Breen, one of the Donner Party, kept a diary during the ordeal of 1846. His notes give a chilling account of the hopelessness of the situation:

“Stanton and Graves and some others are making preparations to cross the mountains on snow shoes. Snow is eight feet deep on the level. Sunday, December, 13th.Froze hard last night so the company started on snowshoes to cross the mountains. Wednesday the 16th. Pleasant sunshine today. Baylis Williams died the night before last. Milt got back last night from Donners’ camp sad news. Jake Donner, Sam Shoemaker, Joseph Reinhart and James Smith are dead, the rest of them are in a low situation. Monday the 21st.

Christmas Eve came, no stocking to hang, no Santa Claus to come down our chimney in that cold, starving camp. No Papa to come to his children. Christmas morning came and our breakfast was a pot of glue, stewed ox hide.

Eddy’s child died last night. Friday the 5th [of February]. Ceased to snow last night after one of the most severe storms we experienced this winter, the snow fell about four feet deep. McCutchen’s child died the 2nd of this month. Mrs. Eddy died on the night of the 7th.

Friday the 26th. Hungry times in camp, plenty of hides but the folks will not eat them with a tolerable good appetite. Thanks be to Almighty God, Amen. Mrs. Murphy said that she thought she would commence on Milt and eat him. I don’t think she has done so yet, it is distressing. The Donners told the California folks they would commence to eat the dead people if they did not succeed in finding their cattle under twelve feet of snow.”

In 1846 and 1847, there was nowhere to turn. The Donner Party sent for help, but that meant individuals trudging through deep, deep snow through the Sierra Nevada mountain range. There were no cell phones, no radios, no helicopters.

Relief eventually did come, but that was after many had died and many horrors had been committed. DonnerPartyDiary.com gives the following account of the “clean-up operations”:

“In June, 1847, General Kearny led his detachment back to the United States.  Sergeant Nathaniel Jones recorded in his journal for June 22, 1847, that ‘we came down the lake to some cabins that had been built by some emigrants last fall.  …  The general called a halt and ordered 5 men to bury the deserted bodies that were lying on the ground.  Those who lived the longest lived on the dead bodies of the others.  One man lived about four months on human flesh.  This place now goes by the name of cannibal camp.  …  After we had buried the bones of the dead we set fire to the cabin.  I started about two in the afternoon came 7 miles and camped.  One mile above here there was another cabin and more dead bodies, but the general did not order them buried.’

Edwin Bryant, in his book What I Saw In California, wrote:  ‘When the return party of Gen. Kearny (which I accompanied) reached the scene of these horrible and tragical occurrences, on the 22d of June, 1847, a halt was ordered, for the purpose of collecting and interring the remains.  Near the principal cabins, I saw two bodies, entire with the exception that the abdomens had been cut open and the entrails extracted.  Their flesh had been either wasted by famine or evaporated by exposure to the dry atmosphere, and the presented the appearance of mummies.  Strewn around the cabins were dislocated and broken bones–skulls, (in some instances sawed asunder with care for the purpose of extracting the brains,)–human skeletons, in short, in every variety of mutilation.  A more revolting and appalling spectacle I never witnessed.  The remains were, by an order of Gen. Kearny, collected and buried under the superintendence of Major Swords.  They were interred in a pit which had been dug in the centre of one of the cabins for a cache.  These melancholy duties to the dead being performed, the cabins, by order of Major Swords, were fired, and with everything surrounding them connected with this horrid and melancholy tragedy, were consumed.  The body of George Donner was found at his camp, about eight or ten miles distant, wrapped in a sheet.  He was buried by a party of men detailed for that purpose.’

The Mormon Batallion passed the same site in September.  Henry Willam Bigler made the following entry in his diary for September 5, 1847:  ‘Passing down the mountain to the head of Truckee River some six or eight miles, we came to a shanty built last winter, and about this cabin we found the skeletons of several human beings.  I discovered a hand.  It was nearly entire.  It had been partly burned to a crisp.  The little finger was not burnt.  The flesh seemed to be a little dried.  I judged it to be the hand of a woman.  I do not believe that the wolves disturbed them. The place had the appearance that they had been burned after death.’”

On the north side of the Donner Memorial State Park, there is now a tall monument that commemorates what happened in the area, which, as mentioned above, is as tall as the snow was that winter of 1846. Here’s a picture of the memorial, note the sign in the background:

170 years ago, a group of settlers starved alone in the wilderness at that very location. Today, you can walk to the 76 station to get a Snickers bar. And after that, you can hop in your car and within a minute you’ll be on I-80, which runs from San Francisco to New York City – a trip that will only take you 42 hours driving the speed limit. And if that’s too much time for you, a flight from San Francisco to New York City is around $400 and will take a little over 6 hours.

We have come a long, long way in a very short amount of time thanks to those pioneers who were willing to risk their fortunes and lives. While there are shameful periods in American history, we also have an incredible heritage of bravery and incredible advancements.