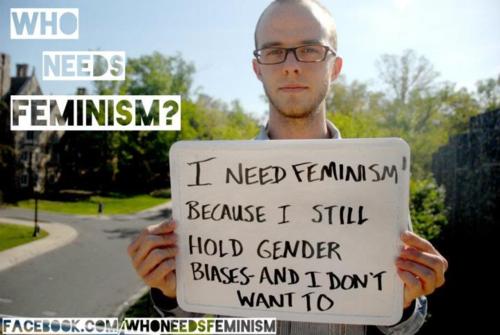 Here’s a copy of the letter, penned by Jared Mauldin of Eastern Washington University:

The letter touches upon the so-called “gender gap” in engineering. Currently, less than 30% of engineers are women, and some assume that’s because of the persistence of gender stereotypes in society.

However, while the media is praising Jared, a large number of male commenters assume that Jared’s underlying and ultimate motivation is much less noble, namely, sex.

Here are some of the comments from the HuffPo article:

“Women may like having sycophants around, but they ain’t sleeping with them.”

“He’s being a total suckup, in all probability he just wants to date her.”

“Well, that’s one approach to getting laid.”

“Jared I feel your pain…I was once in College too and did not do well with the ladies…I must admit though this empathy tactic got me a couple of dates..so it works. Spoiler alert: once you come out of the campus academic fantasy land and into the real world…not so much.”

“yeah Jared great job. I hope you get laid. I doubt it but good luck. I love how all of his life experiences were from school. I hope you lose your virginity! Probably not because all the college girls are sleeping with the bad boys. Good luck buddy the real world is going to be quite a shock.”

“This guy will get shunned by men. And he thinks he will get laid. Nope. Women like a manly man.”

Many comments on the Telegraph article express the same sentiment, though they tend to be a bit more bawdy. (It’s a British publication, after all.)

Are these comments simply from males who are too cynical? Are these men simply “part of the problem,” as claimed by other commenters?

Or, do you think there is some truth to what these males commenters are saying? Does the tone of Jared’s letter seem to lack authenticity? Do male feminist “white knights” who engage in conspicuous and excessive displays of empathy with women tend to have ulterior motives? If so, do most women indeed shy away from this type of man when it comes to romance?