What 8th Graders Had to Know About Geography in 1907 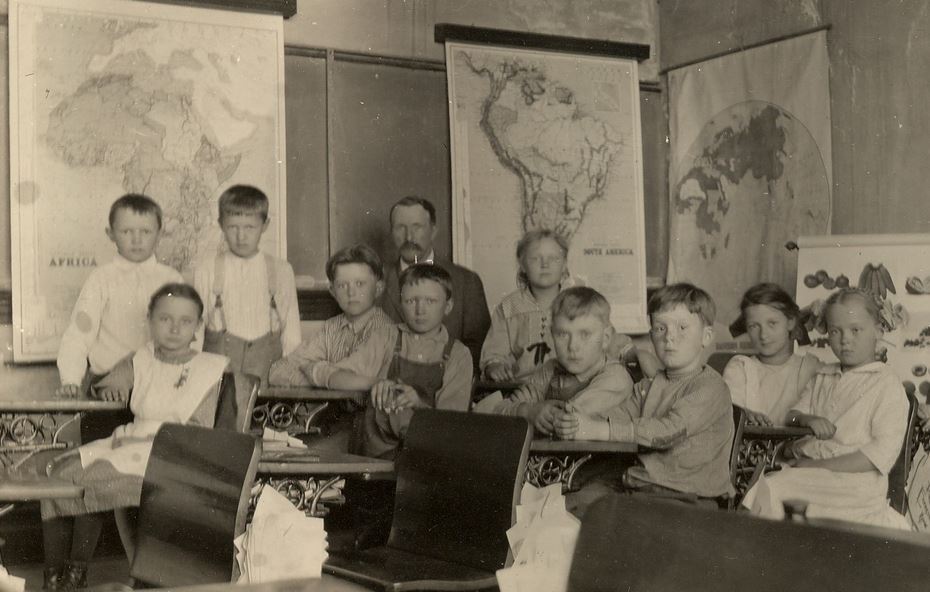 The other week, Slate Magazine ran an article which decried the lack of geography literacy amongst American students. Author Joshua Keating declared,

“I still strongly believe primary schools and universities need to do a much better job of educating Americans on the natural and political features of our world. Geographical literacy is a major problem: American young adults lag far behind other advanced industrial countries on tests of geographic knowledge. A National Geographic survey in 2006 found that 63 percent of Americans between the ages of 18 and 24 can’t find Iraq on a map. Twenty percent thought Sudan, the largest country in Africa, was in Asia. Last year’s National Assessment of Education Progress found only 27 percent of American eighth-graders at a “proficient” level in geography, largely unchanged since 2010. Americans’ difficulty with geography has become something of a cultural cliché, as shown by one of John Oliver’s favorite running jokes.”

But have Americans always been this geographically illiterate? Perhaps not.

I recently unearthed a book entitled: The State Board Examinations from 1905-1914. The subtitle indicated that a student was required to successfully pass these exams in order to get into high school in Minnesota. In other words, this is an exam for eighth graders.

The questions and answers from the second 1907 exam are below. Granted, the passage of time has changed some things, so you may have to draw on your historical knowledge to give the correct response. Do American schools need to be more vigilant about instilling geographic literacy in their students?

1. (10) Draw a map of Minnesota, locating on your map the largest five cities and the Mississippi and Minnesota rivers. (Make the map about six inches from north to south.)

Answer: None given due to nature of question.

2. (10) What and where are the following: Jamaica? Luzon? Samoa? San Juan? Sitka? Yukon? Tropic of Capricorn? Westminster Abbey? Belfast? Seine?

Answer:
Jamaica is an island in the West Indies.
Luzon is the largest island of the Philippines, southeast of Asia.
Samoa is a group of islands in the Pacific Ocean, southwest of the Hawaiian Islands and east of Australia.
San Juan is the capital of Porto Rico, on the northeastern coast of the island.
Sitka is a city on southeastern coast of Alaska.
Yukon is a river flowing through Canada, across Alaska into Bering Sea.
Tropic of Capricorn is a parallel 23½° south of the equator, upon which the sun’s rays fall directly December 22nd.
Westminster Abbey is a famous church in London which contains tombs and monuments of many famous men and women.
Belfast is a city on the northeastern coast of Ireland.
Seine is a river in northern France which flows northwest into the English Channel.

3. (10) Describe, in a sentence or two each, the governments of the following countries: Russia, England, Switzerland, Germany, Italy.

4. (10) Name two great seaports on the Gulf of Mexico; Western Coast of the United States; on the shores of the Mediterranean; of South America; Eastern Coast of Asia.