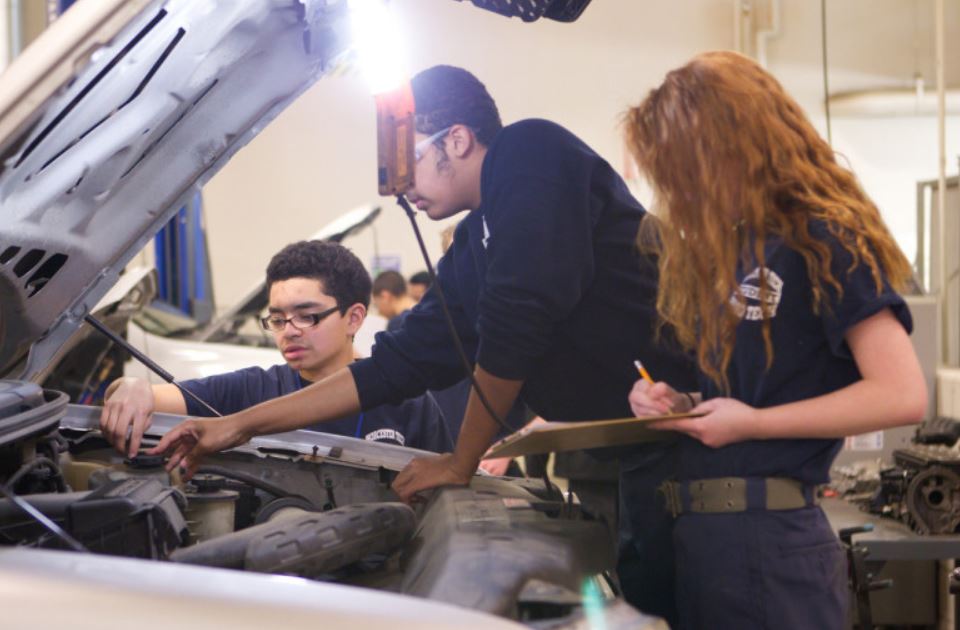 If you were a high school student and had the option to either go to college and accumulate a load of debt or start a job immediately after graduation making a decent, middle-class salary, which would you choose?

For many of today’s young people, the latter option sounds like an ideal, but impossible, situation. But one school in Philadelphia is making such an option possible.

According to The Atlantic, Randolph Technical High School is taking high school students, many of them from various minority backgrounds, teaching them a trade, and launching them into good paying jobs before they even reach their twenties.

“The goal is to graduate kids who have options. They can go on to a community college or a four-year degree program. They can also start a career with a marketable skill and three years of training behind them, making them more likely to secure a job and higher wages, instead of floundering out in the job market, where more than 10 percent of young adults with only a high school diploma are unemployed and more than 20 percent live in poverty, according to Pew Research Center.”

Judging by the numbers, technical high schools like Randolph seem to be fulfilling that goal, for they often graduate more of their students and even end up sending a greater percentage on to college than normal high schools do.

But as The Atlantic notes, there are two downsides to these types of programs.

The first is that technical school training comes at a high cost, due to the need for updated, high-tech equipment on which students can train. But could such a problem be solved by matching more students up with experts in these various fields? Such a plan would follow the old model of apprenticeship and would eliminate the need for expensive equipment, as the student would be working in real-life situations under the supervision of masters already in business.

The second downside is that technical education has a stigma, a fact underscored by one of Philadelphia’s leading Career and Technical Education officials who noted in the article that “It isn’t PC to say, ‘After high school you don’t have to go to college.’” While this problem is a very real issue, common sense seems to be gradually chipping away at the notion. After all, when the cost of college is high and a degree isn’t getting a student a job, it doesn’t take long to recognize that career and technical training is a pretty smart idea.

Would it be a good idea to offer more high school students vocational training?