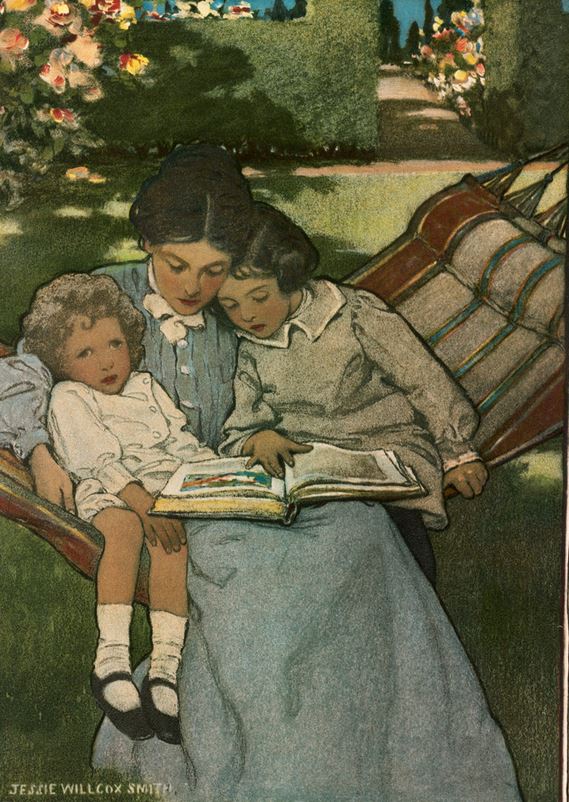 According to a recent survey conducted by Scholastic in Great Britain, nearly 40% of children ages 6-8 and 30% of children ages 9-11 regretted the fact that their parents stopped reading aloud to them. In the U.S., those numbers are even greater, as shown by the graph below.

Reporting on this scenario, The Guardian quotes managing director of Scholastic, Catherine Bell,

“What’s really interesting [is that] as children acquire the skills to read themselves, parents back off. It comes across really clearly: when parents stopped, the children wanted them to continue. They thought it was a really special time with their parents and they felt really positive about it.”

So if kids love being read to by their parents, why don’t we see more of it?

The Guardian lists several reasons, including lack of time, a reliance on the school system, and the prevalence of television.

But as author Cottrell Boyce notes, such a loss of parental read-aloud time is a tragedy, for children whose parents fail to read to them have less motivation to latch on to literacy for themselves.

Schools today continually emphasize the importance of reading, trying (often without success) various programs to get kids interested. But could it be that the secret to growing literacy is not more programs, but simply more bedtime stories read by dad and mom, beyond their child’s infancy?