Why Government? We’re Not Angels 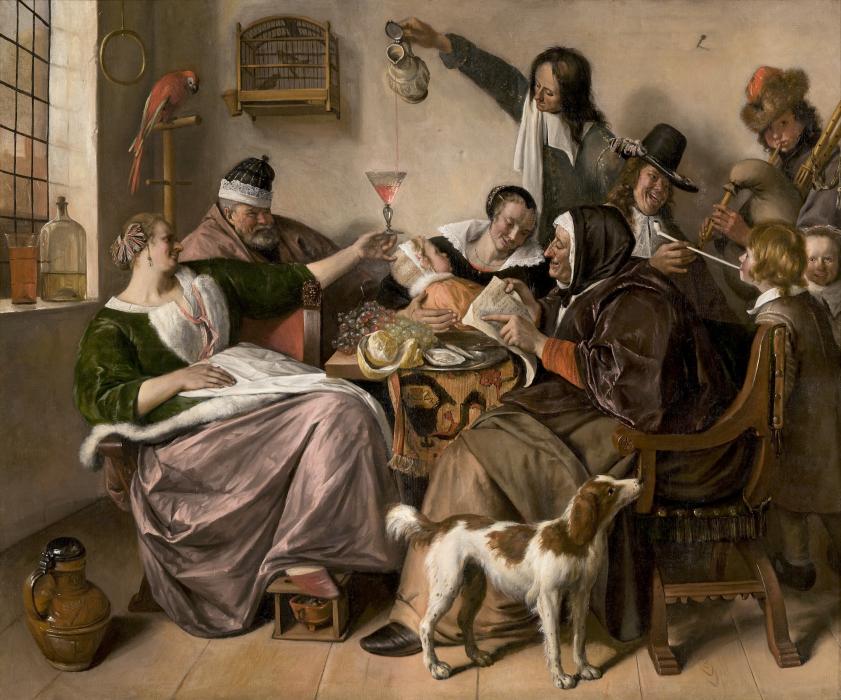 As we enter into another presidential election season that will be filled with arguments about what government should and should not do, we would be wise to keep in mind that the structure and role of our government is rooted in a particular understanding of human nature.

For much of the West’s history, man was seen as a unique creature. Our dignity came from the Creator. We were thought to be positioned between the angels and the beasts, though capable of acting like either one at any given moment. These tenets formed the basis of what we understood to be “human nature.”

At the age of 24, the Renaissance philosopher Pico della Mirandola gave a clear description of this viewpoint in his Oration on the Dignity of Man (1486 A.D.):

“Finally, the Great Artisan mandated that this creature who would receive nothing proper to himself shall have joint possession of whatever nature had been given to any other creature. He made man a creature of indeterminate and indifferent nature, and, placing him in the middle of the world, said to him ‘Adam, we give you no fixed place to live, no form that is peculiar to you, nor any function that is yours alone. According to your desires and judgment, you will have and possess whatever place to live, whatever form, and whatever functions you yourself choose. All other things have a limited and fixed nature prescribed and bounded by our laws. You, with no limit or no bound, may choose for yourself the limits and bounds of your nature. We have placed you at the world’s center so that you may survey everything else in the world. We have made you neither of heavenly nor of earthly stuff, neither mortal nor immortal, so that with free choice and dignity, you may fashion yourself into whatever form you choose. To you is granted the power of degrading yourself into the lower forms of life, the beasts, and to you is granted the power, contained in your intellect and judgment, to be reborn into the higher forms, the divine.’”

Almost 300 years later, the same line of thought can be seen in Alexander Pope’s Essay on Man:

“Know, then, thyself, presume not God to scan;
The proper study of mankind is man.
Placed on this isthmus of a middle state,
A being darkly wise, and rudely great:
With too much knowledge for the sceptic side,
With too much weakness for the stoic’s pride,
He hangs between; in doubt to act, or rest;
In doubt to deem himself a god, or beast;
In doubt his mind or body to prefer;
Born but to die, and reasoning but to err;
Alike in ignorance, his reason such,
Whether he thinks too little, or too much:
Chaos of thought and passion, all confused;
Still by himself abused, or disabused;
Created half to rise, and half to fall;
Great lord of all things, yet a prey to all;
Sole judge of truth, in endless error hurled:
The glory, jest, and riddle of the world!”

This thinking permeated even the foundation of our country. James Madison, one of the key authors of the Constitution, wrote in a similar vein as Pico and Pope in his Federalist #51, a document used to argue the merits of the new Constitution:

Such was the approach of America’s Founders, acting on the traditions of the West. The goal was to recognize man for what he is, rather than what they hoped he could become, and then to shape a government that would best align with human nature while promoting a free and just society.

This thinking is exhibited in the division of our government into three branches: the legislative, judicial, and executive. The Founders recognized that some men have a desire for power over other men. With these divisions they believed that no one man would be able to acquire all of the power of government; that the other two branches would jealously guard their powers and serve as a check against a concentrated acquisition of power.

Today, we have largely rejected the idea that from the youngest ages, each man is capable of good and evil, regardless of background or societal norms. For many Americans, even the terms “good” and “evil” are seen as quaint phrases rooted in mythical religious beliefs. Increasingly, we hear now that undesired behavior is the result of inequality or systemic injustices rather than free will.

If embraced broadly, such a view of man necessitates the abandonment of our current form of government. Any undesired behavior can only be remedied by changing the structure of our institutions or redistributing wealth and opportunity. Power will have to be concentrated and increased to achieve such a leveling of society.

So what will come? Will we return to the deep traditions of the West and its understanding of human nature, or will we continue to abandon the past to make our own future? If the latter, we might want to keep in mind that the perfect is often the enemy of the good.