The Great Difficulty That Faces Us 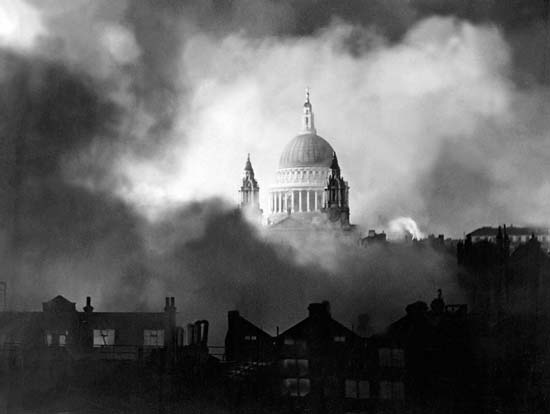 From Christopher Dawson’s The Judgment of the Nations (1942):

“As soon as men decide that all means are permitted to fight an evil, then their good becomes indistinguishable from the evil that they set out to destroy. The subordination of morals to politics, the reign of terror and the technique of propaganda and psychological aggression can be used by any Power or Party that is bold enough to abandon moral scruples and plunge into the abyss.

This is the greatest difficulty that faces us at the present time. For it is an evil that thrives by war, and the necessity of opposing the spirit of unlimited aggression by force of arms, creates the atmosphere which is most favorable to its growth. Hence we have the hard task of carrying on simultaneously a war on two fronts. We have to oppose, by arms, the aggression of the external enemy, and at the same time to resist the enemy within – the growth in our own society of the evil power that we are fighting against. And this second war is the more dangerous of the two, since it may be lost by victory as well as by defeat, and the very fact that we are driven to identify the evil with that manifestation of it that threatens our national existence, tends to blind us to the more insidious tendencies in the same direction that are to be found in our own social order.”