Should We Try Separating School and Sports? 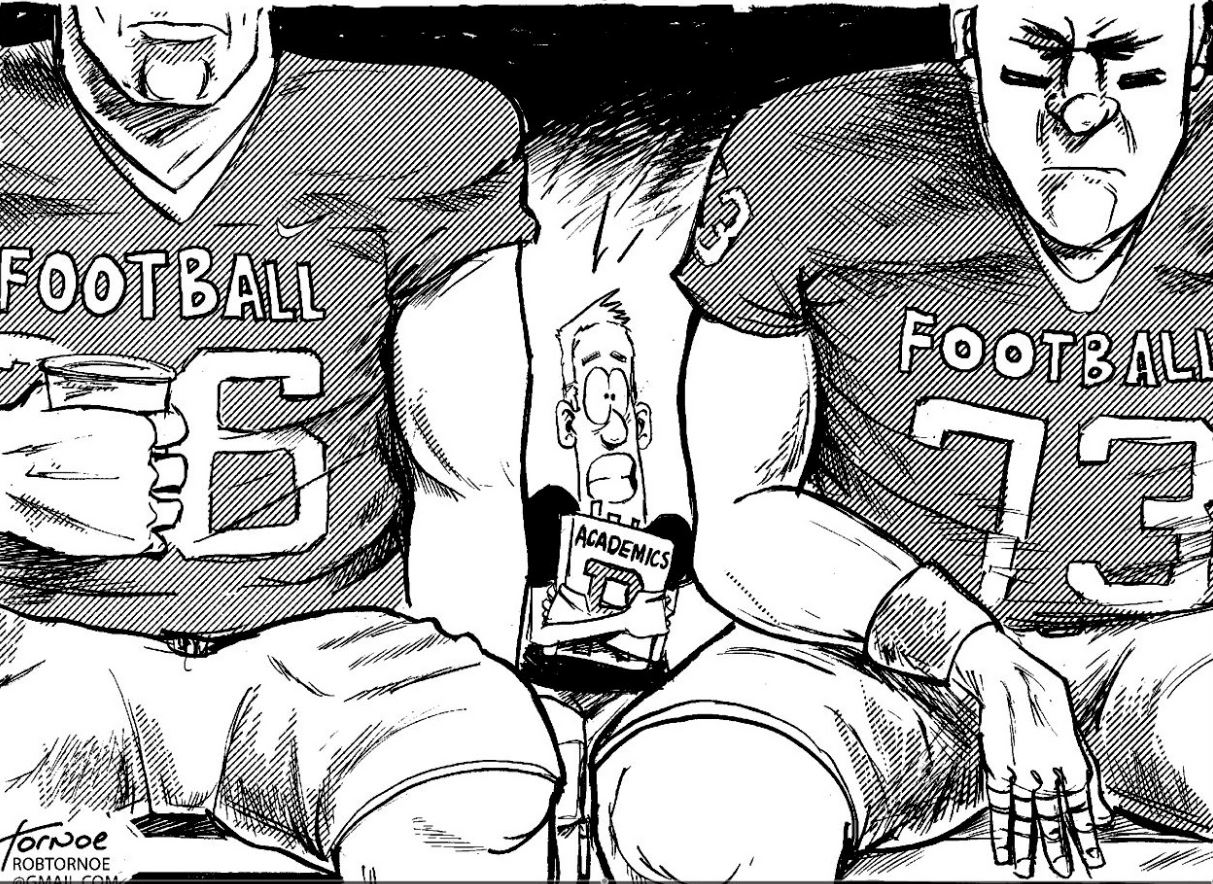 Monday found the district trying to figure out where to make cuts:

“A task force looking to cut as much as $100 million from the budget of one of the nation’s largest school systems has suggested that major savings could come from getting rid of all school sports, limiting extracurricular activities and increasing class sizes.”

Get rid of school sports?!? Cue the screams.

But, according to Chairman of the Board of Supervisors Sharon Bulova, such threats are simply political theater:

“‘Eliminating high school athletics is just not going to happen,’ Bulova said. ‘I think that the rhetoric is alarmist, and I think that cut list is something that is guaranteed to generate speakers, but I think that they probably will not be things that the school board chooses to reduce.’”

But wait a minute. What if such threats were not political theater? What might things look like if we uncoupled sports from school? Might we see a greater emphasis on academics?

Interestingly, uncoupling sports from school is not a new or untried concept. Many European nations follow this practice, where youth participate in club sports instead. This has caused people such as Amanda Ripley over at The Atlantic to wonder if the American connection between sports and school is what is driving our consistently low academic performance internationally.

Would you be in favor of separating school and sports?