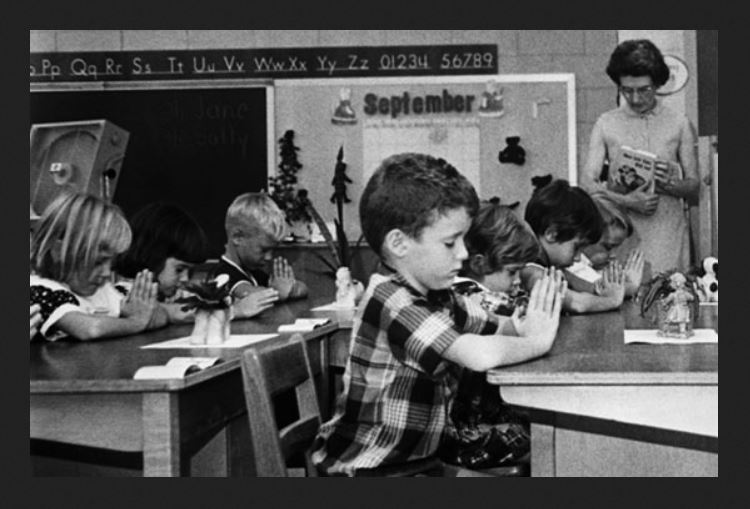 In today’s schools, it seems it’s anathema to make any mention of God, the Bible, or Christianity. But surprisingly, that doesn’t seem to have been the case 100 years ago in Michigan Public Schools.

Published in 1916 by the Michigan Superintendent of Education, the Manual and Course of Study [for] Elementary Schools recommends ten poems for eighth-graders to memorize during the year. Of these ten poems, five of them specifically mention God or heavily reference religious subject matter.

1. Lead, Kindly Light – Written by none other than a Cardinal in the Catholic Church!

2. Crossing the Bar – Tennyson’s famous nautical poem embraces the reality of an afterlife, referring to God as the “Pilot” of our life’s ship.

3. L’Envoi – According to Webster’s 1913 Dictionary, a L’envoi is a poem which seeks to “convey the moral.” Rudyard Kipling’s poem certainly does that by promising rewards for those who followed “the Master,” i.e., God.

4. America – Although patriotic in nature, one can’t help but notice the religious implications in the fourth verse, which seems to attribute America’s freedom and liberty to the Almighty.

5. The Star Spangled Banner – Most Americans today are unaware that our national anthem is only the first stanza of a poem by Francis Scott Key. Eighth-graders in 1916 went beyond “the rocket’s red glare” and “the bomb bursting in air” to read of our nation’s trust and confidence in “the power that … made and preserved us a nation.”