The Revolution was in the minds and hearts… 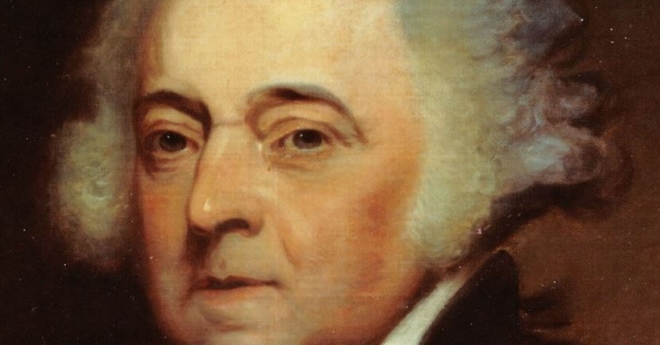 Reflecting on the American Revolution in 1818, John Adams wrote,

“The Revolution was in the minds and hearts of the people; a change in their religious sentiments of their duties and obligations.”

And so it is today. Last week’s tectonic shifts in law and culture were not aberrations; they were the culmination of a revolution that has already worked its way through American culture. Many in our society now demand to remake anything that blocks personal fulfillment, whether it be words, nature, or institutions. As Justice Scalia noted in his King v. Burwell dissent on health care exchanges,

Words cannot have meaning because there can be nothing that restrains the will, including traditional linguistic and conceptual boundaries. All must be conquered. Such is the guiding philosophy of the age.

Once, family and churches were considered the bedrocks of American communities. Not now. Despite the celebration of marriage, we know that young Americans seem to have an aversion to the institution. Furthermore, the country’s overall out-of-wedlock birthrate is over 40%. For native-born African-Americans in St. Paul, Minnesota, the out-of-wedlock birthrate has been over 90% in the last five years. The institution of the family is gravely wounded.

As for churches, we see a society increasingly hostile to religion. The Christian share of the U.S. population is declining rapidly while the “nones” increase. When it comes to young Americans, Pew Research reveals that 35% of those born between 1981-1996 have no religious affiliation. Based on what we’ve seen interacting with millions of Americans a week, we would argue that it is not just “no religious affiliation,” but also a strong animosity toward religion.

What a contrast to the culture in which the American Revolution took place.

And that brings us to an important point: politics and revolutions are reflections of culture. Indeed, politics is just the tip of the cultural iceberg.

If you want a revolution, it is time to seriously look at culture. We must examine who controls the levers of cultural influence, such as education, news, entertainment, government bureaucracy, and corporate marketing. Taking back these institutions is not going to happen in an election cycle or two, or even in just a few years. Ideologues made a long march through those institutions during the 20th century. The fruits of that long-term effort are abundantly clear today: the culture has been overtaken.

Eventually, those of us who hope for a direction for our country different than the status quo will need to make our own long-march through the institutions of cultural influence. But now is the time when we must build the foundation for that work.

In philosopher Alasdair MacIntyre’s famous book After Virtue (1981), he argues that we lack the language of morality necessary to confront the disorder he saw over thirty years ago and that we see even more so today. Even then he recognized that his message would not be palatable: “For if it is true, we are all already in a state so disastrous that there are no large remedies for it.”

For me, they are refreshing. The lines have been drawn clearly. Rather than muddle along, we can act.

Helpfully, MacIntyre gives us a hint as to the way out of our current troubles:

“It is always dangerous to draw too precise parallels between one historical period and another; and among those the most misleading of such parallels are those which have been drawn between our own age in Europe and North America and the epoch in which the Roman empire declined into the Dark Ages. Nonetheless certain parallels there are. A crucial turning point in that earlier history occurred when men and women of good will turned aside from the task of shoring up the Roman imperium and ceased to identify the continuation of civility and moral community with the maintenance of that imperium. What they set themselves to achieve instead – often not recognizing fully what they were doing – was the construction of new forms of community within which the moral life could be sustained so that both morality and civility might survive the coming ages of barbarism and darkness. If my account of our moral condition is correct, we ought also to conclude that for some time now we too have reached that turning point. What matters at this stage is the construction of local forms of community within which civility and the intellectual and moral life can be sustained through the new dark ages which are already upon us. And if the tradition of the virtues was able to survive the horrors of the last dark ages, we are not entirely without ground for hope. This time however the barbarians are not waiting beyond the frontiers; they have already been governing us for quite some time. And it is our lack of consciousness of this that constitutes part of our predicament. We are waiting not for a Godot, but for another – doubtless very different – St. Benedict.”

If you want to restore the moral and civil order upon which our Republic rests, it is likely time to turn to local efforts. Hold close to your family and faith, and build the foundation for a brighter future. Yes, the storm is upon us, but consider the joy we can have in building something new for our children and grandchildren, in learning from where we have gone wrong and having the courage to stand strong, much like our Founders whom we celebrate this weekend.

Despite our society’s claims of happiness and fulfillment, things are not well. How many parents are seeking advice on how to raise virtuous, well-educated children in this culture? How many children come from broken homes or have been abandoned and need someone to provide them with the tools to climb out of the cycles of poverty and out-of-wedlock births? How many Millennials are at a loss for how to flourish in life, as the education system and entertainment industry never provided them the means or understanding to do so? The opportunities to lead and to reshape culture are innumerable and desperately needed.

On this 4th of July weekend, we can either yearn for what will not come back or we can begin putting our energy into forming new communities and institutions that can sustain the “intellectual and moral life” necessary for the next cultural revolution. At Intellectual Takeout, we will be doing the latter and we hope you will join us.