The Intellectual Storm Upon Us 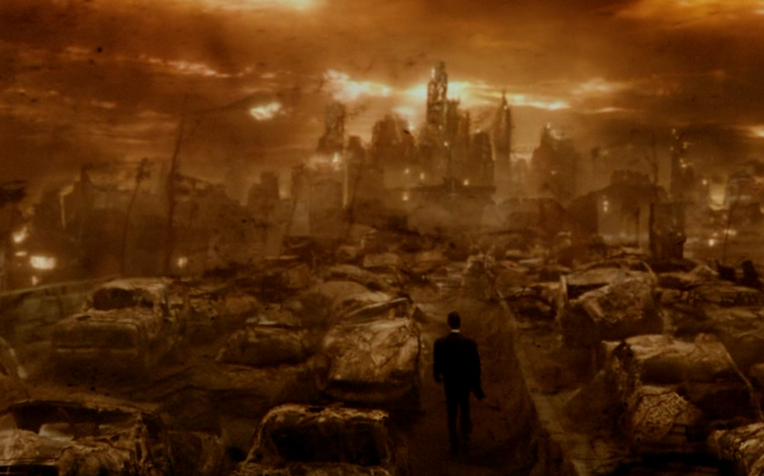 “A great desolation grows about us but up there is the warmth of a fireside and the loveliness of a garden. There are shrines for the devout, but up there is a shrine for those who are going to war, for those who will see the shivering void beyond the rim of faith. Once heroes built fortresses against the Mongol and the Saracen; now they must build fortresses against the whole world. Once they fought with spear and pikestaff against hordes of riding men. Today they must fight against pride and indifference and knowledge, against the agnosticism that like a poison gas decomposes the minds of the earth.

I tell you I know what I am talking about. Once they – the believers, the students, the scholars, the soldiers, the saints – could fight heresies and heretics. Today they have to fight a state of mind. One might as well fight a plague with a bow and arrow…”

So wrote Myles Connolly in Mr. Blue in 1928. Naturally, he wasn’t the only one back then who saw the road ahead for the men of the West. Many thoughtful people saw coming what we now live.

Beyond gazing into the future, Myles Connolly argued that the only way to fight a “state of mind” is another state of mind.

Many who are concerned by the direction of the country have asked us, “What can I do?” A very important start to doing something is to see that your children and grandchildren are raised with a different state of mind.

As a society we have been lulled largely into believing that an education can be “value-neutral”. It cannot. John Henry Newman wrote that the aim of education is the “exercise and growth in certain habits, moral or intellectual.” All children will be taught moral and intellectual habits, but which ones?

Furthermore, while a child may make it through today’s education system and continue to uphold the beliefs and traditions of his parents, what opportunities for the student to develop both the philosophical understanding and practical applications of the great virtues and principles of the West were lost? What opportunities to be rooted in history and the great literature of the world were missed?

Perhaps we should not be asking, “Did my child make it through?”, but rather, “How can my child be taught differently?”

St. Basil the Great wrote about the importance of rooting children in habits of virtue,

“It is no small advantage that a certain intimacy and familiarity with virtue should be engendered in the souls of the young, seeing that the lessons learned by such are likely, in the nature of the case, to be indelible, having been deeply impressed in them by reason of the tenderness of their souls.”

Writing in The Abolition of Man, C.S. Lewis similarly sees the need to impart the good, the true, and the beautiful to students:

“Aristotle says that the aim of education is to make the pupil like and dislike what he ought. When the age for reflective thought comes, the pupil who has been thus trained in ‘ordinate affections’ or ‘just sentiments’ will easily find the first principles in Ethics; but to the corrupt man they will never be visible at all and he can make no progress in that science. Plato before him had said the same. The little human animal will not at first have the right responses. It must be trained to feel pleasure, liking, disgust, and hatred at those things which really are pleasant, likeable, disgusting, and hateful. In the Republic, the well-nurtured youth is one ‘who would see most clearly whatever was amiss in ill-made works of man or ill-grown works of nature, and with a just distaste would blame and hate the ugly even from his earliest years and would give delighted praise to beauty, receiving it into his soul and being nourished by it, so that he becomes a man of gentler heart. All this before he is of an age to reason; so that when Reason at length comes to him, then, bred as he has been, he will hold out his hands in welcome and recognize her because of the affinity he bears to her.”

Through parenting and education we can raise a new generation with the state of mind that will be necessary for the challenges ahead. It is how each of us can do our little part, to plant the seeds that will grow into mighty oaks.

Those oaks may very well be the ones who someday begin their own long-march through the institutions of our society, retaking the culture through their efforts. To quote Russell Kirk quoting Edmund Burke:

“At the very moment when some states ‘seemed plunged in unfathomable abysses of disgrace and disaster,’ Burke wrote in his First Letter on a Regicide Peace, ‘they have suddenly emerged. They have begun a new course, and opened a new reckoning; and even in the depths of their calamity, and on the very ruins of their country, have laid the foundations of a towering and durable greatness. All this has happened without any apparent previous change in the general circumstances which had brought on their distress. The death of a man at a critical juncture, his disgust, his retreat, his disgrace, have brought innumerable calamities on a whole nation. A common soldier, a child, a girl at the door of an inn, have changed the face of fortune, and almost of Nature.'”

The storm may be upon us, but if we work the soil and plant the seeds today there will be hope for tomorrow.