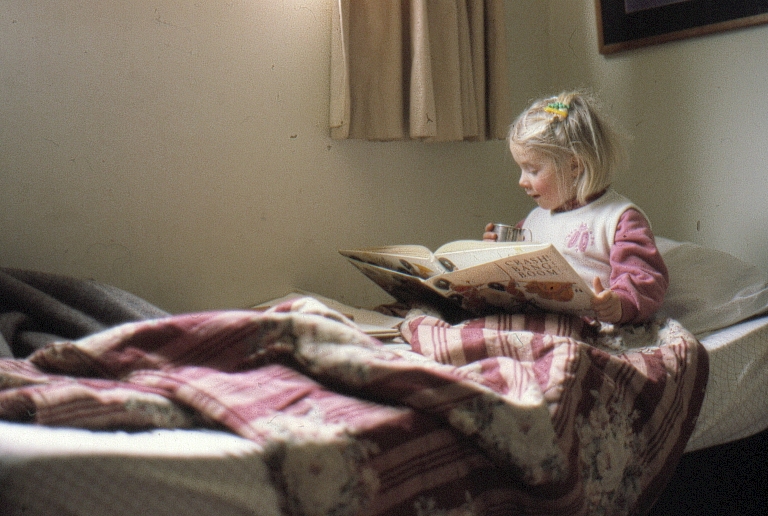 Ah… summertime. School is out and your kids are hanging around, complaining of boredom or playing on your iPhone. How do you ensure that your children won’t fritter away their summer in useless activities that fail to stretch their mind?

For starters, why not enroll your children in a summer reading contest at your local library? And when you do, don’t just let them inhale a continual stream of Diary of a Wimpy Kid. Try to incorporate a few older, fun, and perhaps unknown classics! Below are a few favorites which the Better Ed staff and their families have enjoyed. How many of them have you read or even heard of?

Suddenly removed from their comfortable, wealthy home and relocated in an English country cottage, The Railway Children incorporates a hint of intrigue throughout the everyday adventures of this turn-of-the 20th century trio. Teaching virtues of kindness, honesty, and responsibility, Edith Nesbit’s classic tale is an enjoyable read-aloud for all ages.

Centering around a family of five children who solve mysteries and encounter adventures at their father’s store, this 1950s series by Jerry West is particularly good for children who dislike reading. Indeed, “each book was planned so that the first page would draw the reader in with a dangerous or mysterious situation, and each chapter would end with a cliffhanger or exciting twist that encouraged the child to turn the page and keep reading.” These wholesome stories have been republished and are enjoyable for both boys and girls.

Set in the early 20th century, the All-of-a-Kind Family series by Sydney Taylor traces the growth and development of an American Jewish family. The books subtly present the value of responsibility and hard work, as well as providing a fascinating introduction to Jewish customs and holidays.

For a survivalist tale that’s sure to please an adventurous boy, turn to Kon-Tiki. This true story chronicles the 1947 raft expedition which Thor Heyerdahl took across the Pacific Ocean, seeking to prove that ancient peoples could have emigrated from South America to the Polynesian Islands. Heyerdahl’s experiences encourage young readers to cultivate persistence and fortitude in the face of great difficulties.

The Orphelines in the Enchanted Castle

Elizabeth Enright’s Gone-Away Lake is great for boys and girls who love exploring and creating secret hideouts! Enright’s grade school characters do just that when they go to visit their cousin – who happens to live near an abandoned and secluded lake resort with secret inhabitants.

A fictionalized account of author Maud Hart Lovelace’s life, the Betsy-Tacy series traces energetic Betsy Ray’s adventures from kindergarten through marriage in a small Minnesota town. Betsy’s scrapes and imagination are sure to keep the whole family laughing. When you’re done reading, you can even go and visit the author’s childhood home, refurbished to look like the descriptions in the books!

In the Reign of Terror

This swashbuckling historical novel by G.A. Henty sucks children into the harrowing tale of a young lad trying to save his French noblemen friends from the guillotine. Through espionage, disguises, and battles, the hero encounters Robespierre and eventually maneuvers his way out of a sinking ship, making it safely to England with a few of his remaining friends.

Teaching values of kindness, hard work, and love for others, Maj Lindman relates the stories of two Swedish sets of triplets. Unfortunately for the triplets, their good intentions often hit a bump in the road, but are happily resolved by the end of each book. The colorful pictures and simple storylines make these two series great read-alouds for younger children.

Carol Ryrie Brink’s Caddie Woodlawn is what Little House on the Prairie would have looked like if Laura Ingalls had grown up with brothers! Join the Woodlawn family as they attend a one-room school, interact with Indians, “entertain” their proper Bostonian cousin, and even face a decision to return to England as reinstated nobility. For even more hilarious adventures with the Woodlawns, check out the sequel, Magical Melons – also known as Caddie Woodlawn’s Family.

(P.S. If you live within an hour or so of Menomonie, WI, consider swinging by to see Caddie’s home! Its simplicity will leave you wondering how the Woodlawns ever managed to fit their large family within its walls – let alone house the entire community during an Indian attack!)