When You’re Headed the Wrong Way, Turn Around

Eighty-five percent of Americans believe the country is headed in the wrong direction, an AP-NORC survey found in June. Large majorities disapproved of the current administration’s handling of the pandemic, gun policy, and the economy. 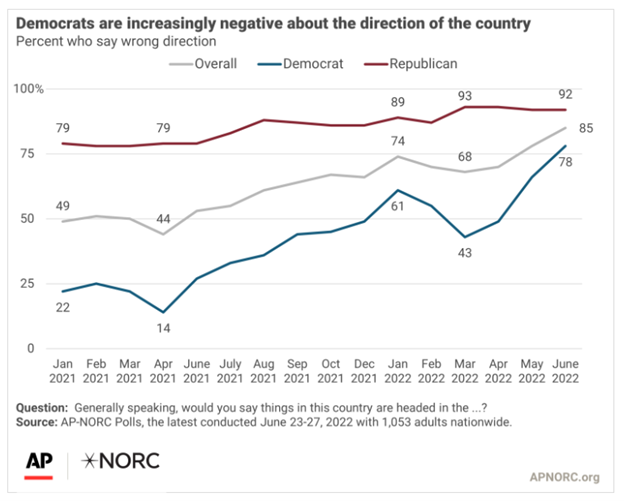 If we look at the road we have traveled to arrive at this point, we find that the GPS for this journey was set decades ago, and if we had even bothered to look at the map, we might have avoided the problems we’re experiencing today.

This map was charted in W. Cleon Skousen’s book, The Naked Communist. First published in 1958, Skousen’s book documented a number of goals the Communists had regarding the infiltration of America. Some of these goals are dated, given international changes in the last 60 years, but parts of this inventory are more than pertinent to our present circumstances.

During his lifetime Skousen worked a variety of jobs, including FBI agent, police chief, and professor. He was a Mormon, a man of the far-right, and a noted writer and speaker. Depending on one’s politics, he might be considered either a nutcase or a prophet. In view of his list of communist goals, I’m opting for the latter. For decades now, we’ve witnessed the political left employing all these strategies as they’ve chewed away at the foundations of America. Here are just a few select goals that Skousen listed:

Get control of the schools. Use them as transmission belts for socialism and current Communist propaganda. Soften the curriculum. Get control of teachers’ associations. Put the party line in textbooks.

Break down cultural standards of morality by promoting pornography and obscenity in books, magazines, motion pictures, radio, and TV.

Infiltrate the churches and replace revealed religion with “social” religion. Discredit the Bible and emphasize the need for intellectual maturity which does not need a “religious crutch.”

Eliminate prayer or any phase of religious expression in the schools on the ground that it violates the principle of “separation of church and state.”

Discredit the American Constitution by calling it inadequate, old-fashioned, out of step with modern needs, a hindrance to cooperation between nations on a world-wide basis.

Discredit the American founding fathers. Present them as selfish aristocrats who had no concern for the “common man.”

Transfer some of the powers of arrest from the police to social agencies. Treat all behavioral problems as psychiatric disorders which no one but psychiatrists can understand or treat.

Discredit the family as an institution. Encourage promiscuity and easy divorce.

In the 1980s, former KGB agent and defector to Canada Yuri Bezmenov reinforced Skousen’s arguments. Bezmenov wrote and spoke on “ideological subversion,” the Soviet Union’s attempts to undermine American democracy through disinformation and the dissemination of radical ideas. Here Bezmenov describes the heart of this KGB strategy:

Only about 15% of time, money, and manpower is spent on espionage and such. The other 85% is a slow process which we call either ideological subversion or active measures [meaning] psychological warfare… What it basically means is to change the perception of reality of every American to such an extent that, despite the abundance of information, no one is able to come to sensible conclusions in the interests of defending themselves, their families, their community, and their country.

Many people, including myself, look back over the last few years with sickening dismay at the turn of events and how far our country has fallen. Like the statues torn from the public square, our culture seems caught in a maelstrom of destruction. How, we wonder, is it possible that this descent into chaos could occur so rapidly? How have we reached the point where some believe government can print a river of money without causing inflation, where men can become women, where skin color trumps character? How, we ask ourselves, did we come to this place where up is down, where reality has gone missing and make-believe is king?

The answer is clear. The map for this journey was created long ago. The vehicle was then packed and headed down the road.

And now it’s arrived at its destination.

But here’s the good news: As indicated by that AP poll, many Americans are aware we’ve taken a wrong turn. We must hope there are enough of us to reverse course.

As C. S. Lewis wrote in The Great Divorce, “I do not think that all who choose wrong roads perish; but their rescue consists in being put back on the right road.”