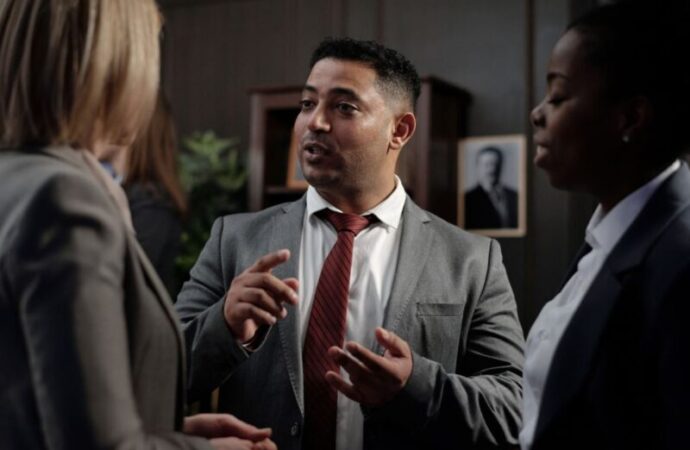 Church was crowded, and I ended up, as I often do, sitting near the back. Just as Mass began, I glanced over my shoulder, as I also often do, to see whether some elderly person or pregnant mom might need a seat. (Saint John’s is jammed full of young families and children.) I spend a good deal of time daily plopped down in a chair, usually at a computer, and can easily afford a stint of standing.

Behind me this Sunday was a mom with four kids—I’m guessing age nine and under. She was holding the smallest, a girl, and the other three were so closely crowded around her that it was impossible to determine whether a fifth stepping stone was on the way. When the hymn and opening prayers ended, I stood, stepped to her, and asked if she and the children might like my place in the pew. The young man closest to me was three or four feet away, so there might be room for all if they squeezed in.

“Oh, I hate to take your seat,” she whispered.

Normally, I would answer, “It’s no big deal” or “It’s okay,” a reply that usually brought a shake of the head or some back-and-forth about my offer.

But this time something bizarre occurred. Words I had never uttered in my life to a stranger, nor, for that matter, to a friend, popped unbidden from my mouth. “It would be an honor,” I said.

The woman stared at me for just a second, then nodded, and began scooting her children into the pew.

Now, where on earth did my antiquated invitation come from? I have no idea. But I do know that it worked, and I intend to make good use of that line from this point forward. But what, I wonder, is next in store for me? A linen suit and a Victorian walking stick?

Coincidentally, I was reading a battered and stained Bartlett’s Book of Anecdotes that week, which I’d borrowed on a whim from the local college library. Here were mini stories of kings and queens, writers and artists, and other famous and not-so-famous figures, all delivering witty remarks and wisdom. My browsing made me aware of the wit and acute insights the English language could deliver when at its best. Here are just three examples, selected for their brevity:

[British conductor Sir Malcom Sargent, age 70], was asked by an interviewer: “To what do you attribute your advanced age?”

“Well,” replied the conductor, “I suppose I must attribute it to the fact that I haven’t died yet.”

Two royal dukes, meeting [playwright Richard] Sheridan … greeted him familiarly. Said one, “I say, Sherry, we were just discussing whether you are more rogue or fool.”

“Why,” replied Sheridan, taking each duke by the arm, “I believe I am between both.”

A female admirer asked [American painter James] Whistler whether he thought genius hereditary. “I cannot tell you that, madam,” he replied. “Heaven has granted me no offspring.”

As I shambled here and there in that volume and mulled over my words in church, I wondered if in our present age we haven’t debased the coinage of our beautiful language. Some commentators poke fun at President Biden or Vice President Harris for their “word salads”—and they generally deserve that mockery—but how about the rest of us? Are we noted for our elocution, for our precision of word choice and cadence of speech? Doubtful. In fact, throw most of us in a room together for a conversation, and the word salads we might concoct would likely qualify as a lavish buffet.

On the other hand, ours is also the age of Twitter, texts, and emails, where the bare and the blunt eclipse adornment and etiquette. How many texts, for instance, or even emails, end with well wishes for the recipient? That which Jane Austen, or for that matter, our grandparents, would have considered ill-mannered we now accept as axiomatic.

Here’s an everyday example of our careless usage of language. Thank a grocery store clerk for showing you where the ingredients for chili are stowed, and as often as not, he’ll answer, “No problem.”

Now, really, what sort of response is that? Read “‘No problem’: Yes, it’s a BIG problem” and you’ll have an answer. For one thing, “No problem” is negative. Moreover, it’s the clerk’s job to help the customer, problem or not.

Compare this response to that of the cashier at a Chick-fil-A. She hands you your order of sandwiches and waffle fries, you say thank you, and she replies, “My pleasure.” There it is in two simple words, a touch of class and elegance, however canned or well-rehearsed.

If we polish up our speech, we not only avoid word salads or possibly offending others, we’re also giving a nod to the glories of the English language.

It would, would it not, be an honor.