Want a Life of Adventure, Drama, and Comedy? Have Kids. 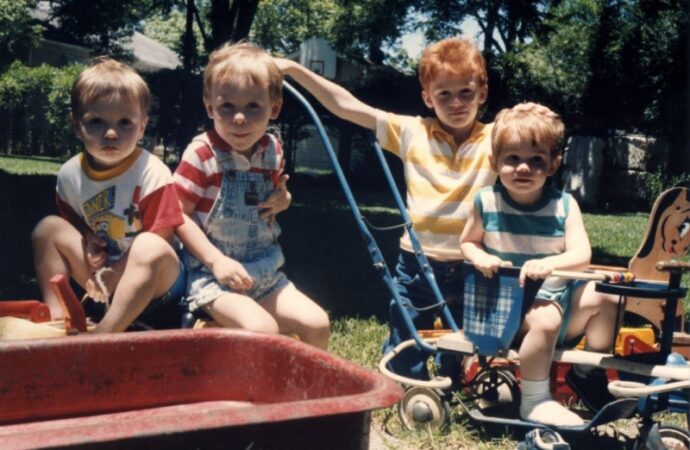 Only “61 percent of the able workforce is currently officially employed,” Victor Davis Hanson writes in a recent Epoch Times article. “In just 14 years,” he notes further, “the fertility rate has crashed to 1.64 from 2.12—meaning that both citizens and resident aliens in America aren’t replacing themselves.” That replacement rate without immigration is approximately 2.1 children per woman, a mark we haven’t hit in decades.

What’s up with Americans having fewer babies, or in many cases, no children at all?

Some refuseniks would undoubtedly voice concerns about over-population and climate change, citing the carbon footprint left by each new person on the planet. But from my reading and conversations I’ve had with friends and relatives, I’m guessing there are other reasons behind this birth dearth.

Having a family and children are not priorities for many people. Marriage rates have reached historic lows in the United States, as have households comprised of married couples. Several fine men and women I know wish for a spouse and a family, but are unable to find interested, suitable partners. Recently one of my teenage granddaughters stunned me when she told me she wanted to be a mom, first and foremost. I suspect that ambition and tribute to her mother is about as rare these days as a Virginia snow in June.

Having kids is demanding. Absolutely true. Once you have a child, or four as my wife and I did, you can pretty much kiss a good night’s sleep goodbye for a long time. You’ll change a mountain of diapers. You’ll say “Chew with your lips closed” a thousand times per child. You’ll worry about your five-year-old’s cough and the teenager who’s late for curfew. As for those evenings you once spent in a café sipping chardonnay with friends? Don’t make me laugh. And please, I beg you, never favorably equate taking care of your dog to the workload of a mom raising twins. If she whacks you on the head with a sippy cup, believe me, you deserved it.

Having children will hurt my career. Bingo again. Some feminists once claimed that women could have it all: a full working life as a professional, a vibrant marriage, and children. All well and good, but that promise, often made by those who could afford housekeepers and nannies, ignored a majority of mothers. Tell that mom working an eight-hour shift at Walmart that she’s an icon of feminism. Then duck.

Having children costs too much money. Though figures differ, some reliable sources tell us that the cost of raising a child for 18 years is $267,000. Barring extraordinary medical expenses, I’m calling horse dung on this figure. That’s over $14,000 per child per year. When my children all lived at home, that amount times four would have nearly exceeded my entire income.

So what’s the upside, if there is one, when you bring two, three, or more children into the world?

First of all, the rest of your life will become a theater where you sometimes appear on stage, but will just as often be the audience. That little one who says “Mama” for the first time will melt your heart. That three-year-old girl who twirls around the living room pretending to be a ballerina will brighten the gloomiest of days.

Of course, parenting isn’t all rainbows and roses. Years ago, I had to haul myself out of bed at 4 a.m. and drive to the county jail to bail out my 17-year-old son for throwing an egg at the police station, dragging an oxygen tank with me courtesy of a recent stay in the hospital and no doubt looking like some disheveled character out of a Flannery O’Connor story. I was angry as all get-out, but kept my cool, and the next day my son made a big turnabout in his life. Today the whole incident is a humorous piece of family lore.

If you want a roller-coaster ride for life, become a parent.

Moreover, having children, like marriage or taking care of your elderly parents, forces you to put others ahead of yourself. In our age of narcissism and self-indulgence, have some kids, and you’ve just found the magic cure to that rampant disease.

In addition, when you “train up a child in the way he should go,” you’re building a time machine. You won’t be here for that ride into the future, but when you quit this earth you’ll have left behind a living legacy, a flesh and blood monument embodying one of your great achievements.

And finally, parenting is your chance to bestow a wonderful gift on this poor old planet. If you raise up children who are morally straight, fit in mind and body, who defend and care for others, and who have the will and the backbone to stand up for beauty, truth, and goodness, then you will have given humankind a treasure more valuable than gold.