Let’s Give Our Kids a Healthy Dose of Summertime 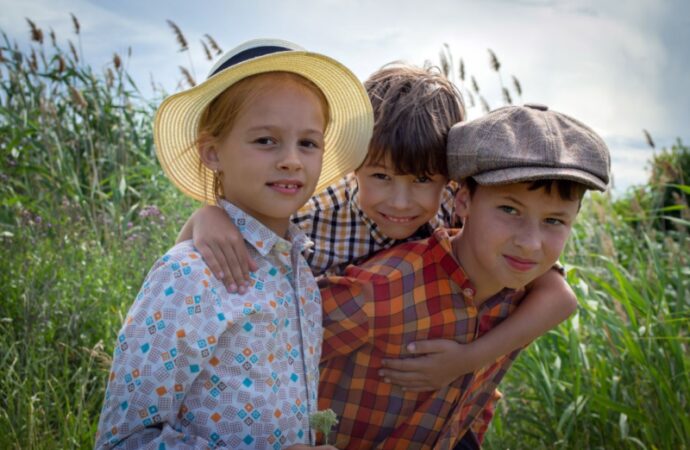 During the first half of June, I spent a good bit of time hip-deep in grandchildren. Two 14-year-olds who attended this gathering are now nearly as tall as Grandpa, but I’m reflecting here on the age 10 and under gang.

Watching them flitting around the yard in the evenings, even after a day of soccer and basketball camps, running up and down the stairs from the den to the bedrooms, building houses and towns with Lincoln Logs and Play Mobile figures, absorbed in a movie or a book: all these activities brought back memories of my own childhood, that time when I, too, could dart around the yard, fight battles with imaginary enemies using a stick as my sword, construct forts in the woods, or escape the afternoon heat by lounging around on a sofa reading the Hardy Boys.

While the kids played, we adults sometimes sat on the porch or at the dining room table, nursing coffee or a glass of wine and discussing the fallen fortunes of our country. My son and his wife, who own numerous rental houses in the area, expect to see their property taxes shoot up because of the high cost of housing these days. My Pennsylvania daughter, who drives a 15-passenger van, reports that it now costs over $125 to fill the gas tank. A retired in-law has returned to work, in part because of inflation and his shrinking investments.

In a recent column for Intellectual Takeout, I wrote about the importance of giving our children a childhood of innocence, and I think my grandchildren are receiving that gift. But as I watched these siblings and cousins, playing unsupervised except when Mom or Dad were forced to referee a quarrel, I realized the great benefit summer plays in the development of a child’s imagination.

Even with camps or daycare, summer sets a different pace than any other season. It’s that time of year for vacations, backyard cookouts, evenings with friends, swimming pools, and hot afternoons, at least here in the South, where both adults and kids often wilt in the heat and humidity.

Most importantly, summer is the season when a break from their routine and an abundance of free time can fire up the fancies of our little ones.

Away from the rigamarole of school and homework, children now have hours a day to allow their minds to become a playground. You read little Sally a child’s biography about Florence Nightingale, and the next thing you know she’s got a spoon to dolly’s mouth and is asking her to say “Ahhhh!” Ten-year-old Samuel reads a book about backyard critters and bugs, and he’s off with a magnifying glass to explore the patch of grass behind your house.

And the great thing about these activities is that they cost little or nothing. There’s no inflation at work here. Turning your seven-year-old into a knight errant, for instance, doesn’t require plastic armaments bought online or at Walmart. A stick for a sword, a pillowcase for a cape, and the lid of a cooking pot for a shield will do just as well, perhaps even better in exercising his imagination.

Lots of other free resources are available. Library books come free of charge as do many excellent DVDs and online movies. Invite a few of your children’s friends over in bathing suits, turn on the sprinkler, and for the cost of the water you give the kids some thrills while hosing down the lawn. With a few sheets and blankets, they can turn the den into caves and castles.

On those days when the gang complains of being bored, you might try my mother’s line from over 60 years ago, “Well, if you can’t find something to do, I’ll find something for you,” which meant sweeping up the kitchen or mucking out the barn. With that threat at hand, I usually found plenty of other things to do.

“Summertime and the livin’ is easy,” wrote George Gershwin in his 1935 aria for the opera Porgy and Bess. It was true then and will be true now—if we make it so.

As Gershwin wrote of a child in that same aria,

One of these mornings
You’re going to rise up singing
Then you’ll spread your wings
And you’ll take the sky.

Whatever is coming down the pike in the tough times ahead, let’s give our kids the summer they deserve. Someday these few months of freedom may just help our fledglings take to the sky.