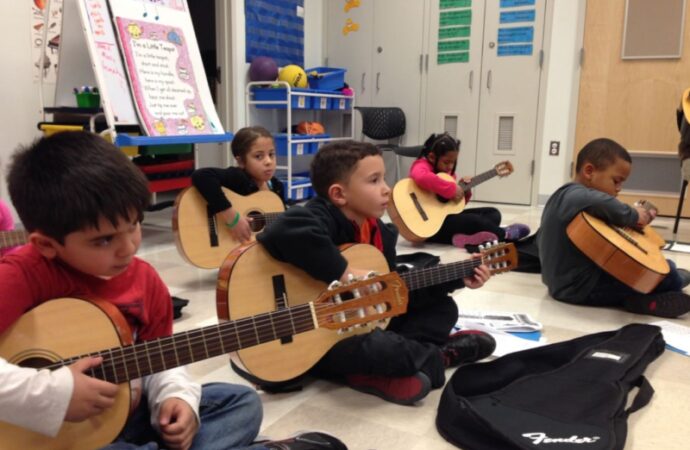 Thus begins Kurt Vonnegut Jr.’s famous short story Harrison Bergeron. The satire story paints the picture of a dystopian future where absolute equality has been achieved thanks to various handicapping devices that force all the smart, good-looking, and talented people down to the same intellect, looks, and skills as everyone else. The rationale, of course, is that it wouldn’t be fair to let them get ahead because of their privilege while others are left behind.

The story has enduring appeal because it asks a question that strikes at the heart of our culture, namely, how much are we willing to sacrifice excellence in the name of equality? Should those who are endowed with more privilege or talent be allowed to reach their potential, even if it means others have fewer opportunities, or should those who are less gifted be given an equal chance at success, even if it means holding the gifted back?

The Toronto District School Board (TDSB) seems to have chosen the latter approach. In May, the board’s Trustees voted to approve the Student Interest Programs Policy, which will change the way students are admitted into specialized arts, athletics, and STEM programs. Currently, admission into most of these programs is based on various “assessments of ability” such as auditions, portfolios, and report card marks. But starting in September 2023, these assessments will be scrapped and replaced with a random selection from students who express interest in the programs. In short, equality will take precedence over excellence.

“It is our responsibility to take action to improve access for all students where we identify systemic barriers,” said Alexander Brown, Chair of the TDSB. “This new policy will ensure a greater number of students have access to these high quality programs and schools while reducing barriers that have long-prevented many students from even applying.”

Unsurprisingly, the move was first proposed by the board’s Enhancing Equity Task Force.

“The idea that your child entered one of these programs because of his talent, which he had the privilege of cultivating, I don’t think is appropriate in a public school system,” said Trustee Robin Pilkey. “We need to make sure people have access to all programs.”

To paraphrase, “it wouldn’t be fair to let them get ahead because of their privilege.” Sound familiar?

Many students, teachers, and parents who are involved with the specialized programs are concerned that this change will lower the quality of the programs. A small protest was held in mid-May, and hundreds of students walked out of class to attend.

“It’s going to water down the program and it’s just going to blend into nothingness,” said Essien Udokang, a parent whose son is in an arts program.

He’s also concerned that the new policy will leave behind talented kids from underprivileged backgrounds who would otherwise have a chance to prove themselves.

“Folks like me, who can afford it, we’ll just put our kids in private school or pay thousands of dollars a month for private lessons instead of wasting their time in a program like this. If there are students who have capability and through lottery don’t get picked…I think those will be the most hard done by. Because they will have talent that could have been cultivated through a high quality of teaching, instruction and opportunity, but now they would have just been randomly selected out of the process. But they can’t pay for private lessons.”

The whole debate over these programs hits close to home for me. I attended one of these specialized arts schools from grade four to eight, and another one from grade nine to 12. For nine years, these programs were my life, and they helped me get through the otherwise tedious system that is government schooling.

Speaking from personal experience, I can tell you that removing audition requirements will be absolutely devastating for these programs. We had nearly professional-level productions at my high school and some fairly high-profile gigs. But without auditions, that all changes.

Kids who have less aptitude will get into these programs while kids with more aptitude will be left out. The efforts of the teachers, many of whom are specialists in their respective fields, will be wasted on those who simply don’t have the capabilities to really succeed. Meanwhile, many of those who do have the capabilities to succeed will be stuck in “normal school,” where it will be much harder to cultivate their skills.

The result is that teachers in these programs will be forced to teach to the lowest common denominator. The gifted kids that manage to make it in will get bored and won’t come close to reaching their potential.

In some ways, this story reminds me of a scene from The Incredibles. In the scene, Bob and Helen get into an argument over whether to let their speedster son Dash compete in sports.

Helen: I can’t believe you don’t want to go to your own son’s graduation.

Bob: It’s not a graduation. He is moving from the fourth grade to the fifth grade.

Bob: It’s psychotic. They keep creating new ways to celebrate mediocrity, but if someone is genuinely exceptional then they…

Helen: This is not about you Bob. This is about Dash.

Bob: You want to do something for Dash? Then let him actually compete. Let him go out for sports!

Helen: I will not be made the enemy here. You know why we can’t do that.

Bob: Because he’d be great!

Helen: This is NOT ABOUT YOU!

Dash clearly has outstanding abilities. And Bob’s right, he would be great if he were allowed to compete. Now, we may not have super heroes in our world, but we do have many kids who, like Dash, are genuinely exceptional.

The question we need to ask ourselves, then, is how should we deal with the Dashes of the world? Do we tell them to hide the parts of them that are “incredible” because flexing their ability would be unfair to others? Do we give them a random chance at a specialized program, one that likely won’t push them because the coaches will have to constantly attend to the slower kids? Or do we set up programs that cater to those with exceptional abilities so that their talents can be fostered and their skills developed?

The answer seems obvious to me.

The only way to achieve excellence as a society is to allow the best to rise to the top of their respective fields, regardless of whatever good fortune may have helped them get there. And if that means tolerating a certain degree of inequality along the way, then maybe that’s worth it.

After all, the alternative is a dystopian nightmare.