The Child I Almost Had 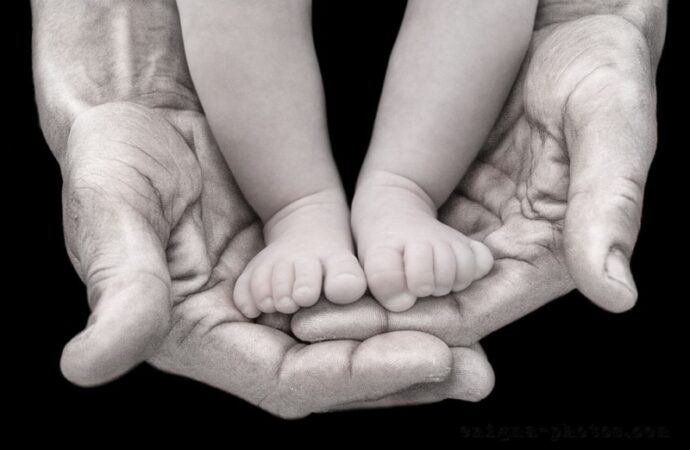 I sit down to write this as yet another person expresses support on social media for those talking about how the Supreme Court overturning Roe vs. Wade is a tragedy. Indeed, they liken it to an infringement of some strange “natural” freedom all women should enjoy, as if abortion is a good thing.

This time, though, the person “supporting” such ugly lamentations was one of my beautiful kinswomen. It hurt, just as it hurts to see strangers or personal connections supporting such arguments. The pro-abort view takes just a small slice of the abortion question and makes it out to be the whole, in a faux benign way that won’t recognize any harms from abortion.

But I am living proof that abortion doesn’t just kill babies. It kills love—and trust.

Mary and I were in a years-long, committed relationship, and she was pregnant. For a moment I was excited at the news, but the severe negativity of her reaction left me crestfallen. I’d actually wanted to get her pregnant—even thinking that when we’d made love recently—and here it had happened, but my lover didn’t want a child. My great desire had turned out to be one of her worst fears.

I was afraid, too, especially when I saw how Mary reacted to her pregnancy. In fact, I was heartbroken. We were in love. It hadn’t occurred to me that she wouldn’t want a baby.

We talked about marriage, but she didn’t seem convinced. Feeling like there was no way to dissuade her, and because I was scared of this life change and the commitment that would go along with it, I went along with the killing. I helped pay for it, accompanying her to the dreary abortionist’s office in the college part of town.

We stayed together for years after. We tried, but never again had a chance at having a baby.

Decades later, I’m a 50-something single guy. No wife, no kids, no family around, and it’s my own fault. I did it to myself.

And so it’s almost a reflex for me to disconnect with social media connections who are lamenting the “loss” of Roe v. Wade through the Supreme Court’s recent decision—a wise decision supporting federalism, the system on which the U.S. was founded. Federalism says that each U.S. state is essentially its own nation-state, its citizens empowered to decide how their local society should run. The fact that the Supreme Court invalidated Roe just means the Court kicked the decision to regulate abortion back to the states—who were the only entities legally empowered to decide on the matter according to our system of government in the first place. The federal government never had the grounds to affirm abortion “rights.”

Abortion has not been outlawed across the U. S., nor will it be outlawed throughout. Even in my town of Pittsburgh, one local official is pushing legislation to ensure abortion access for all women who want it. As if there was any chance—in this Sanctuary City that actively recruits job-stealing, wage-depressing, illegal aliens—that there would ever be any safe space for unborn children.

Our baby—had he or she survived—would’ve been an adult by now. Maybe he or she would’ve been like his or her paternal grandmother, who loved people so much she chose to give birth to 12 of them.

Our baby never lived long enough for us to know if he or she was physically perfect or developmentally disabled and not likely to survive after delivery, as is the case in some abortions. But such cases of babies with serious congenital defects, or of pregnant mothers who could die if they try to give birth, are truly the rare exception rather than the rule for why so many babies have been aborted.

Estimates show that over 60 million souls have been aborted since Roe. Look it up if you disbelieve me, but a majority of abortions are the result of a mother choosing convenience over loving a baby. Whether that convenience amounts to the would-be mother not feeling ready to have a baby, not having a supportive partner, not feeling she can afford a baby, or whatever, it is a “choice” of convenience.

But for people of conscience, there’s no escaping our misdeeds. We must live with our actions, for better or worse.

I never dreamed how the whining of “do as you will” types online would elicit such a reaction from me. And now, I’m crying as I write this. I might’ve had a child, or even a grandchild, by now. But I don’t, because I chose selfishness over love.

My ex, Mary, has regrets, too. Though we stayed together for years after, she repeatedly said, “If I’d just had that baby, we would still be together.” We both regret a decision so many people think is a simple “choice” every woman (who’s already born, that is) has a “right” to make.

Abortion isn’t some harmless act, as pro-abortionists claim. Abortion is destruction. It is lives ended, wrecked relationships, love destroyed, and trust diminished or even erased. I know this all too well.