Out of the Mouth of Babes: The Unseen Abortion Fallout 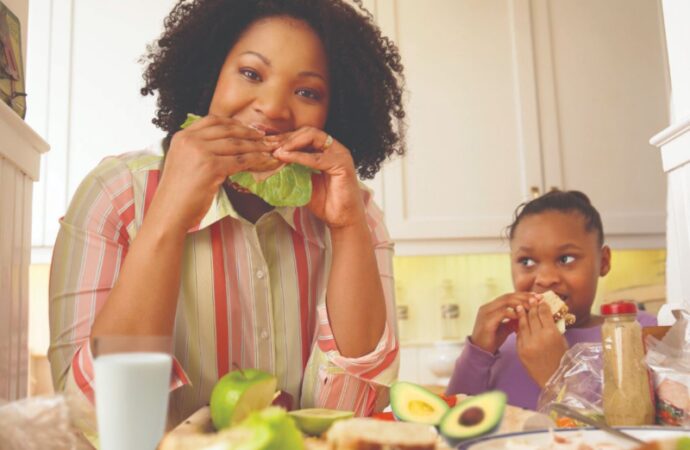 That day Julie decided they would eat lunch on the deck. She carried out a tray with peanut butter and jelly sandwiches, baby carrots, grapes, a cup of juice for Libby and a bottled water for herself, and put them on the picnic table. “There,” she said. “We won’t even need forks or spoons, and we can use paper towels for plates.”

After they prayed, five-year-old Libby took a bite from her sandwich. “Mom…”

Julie was raising her water to her lips, but paused and looked at her daughter. “Where’d you hear that word?”

“From Jinny. She told me her mom’s going tomorrow to a big parade for abortion.”

Julie sipped the water, giving herself time to consider an answer. “An abortion,” she said, “is when a doctor takes a baby—which some call a fetus—out of a mother before it’s born.”

“Couldn’t they take our baby out?” Libby said. “Then he’d be here a whole lot sooner.”

“Well, they could. But if they did, the baby wouldn’t live.”

“Oh,” said Libby. She got quiet, sitting still and staring into space as she did when she was confused. “You mean the baby dies?”

Libby was quiet again for a moment, then asked, “Why would moms want to do an abortion?”

“Sometimes they get scared or all mixed up. Sometimes they’re alone with no one to help them.” Julie looked across the yard toward the small garden she and Mike and Libby had put in a month ago. The tomato plants were growing and looking healthy. “Sometimes they just don’t want a baby.”

“Hmmm.” Libby nodded as if she understood. “But wouldn’t someone else want the baby, like Uncle Frank and Aunt Maggie?”

Maggie, Julie’s older sister, and her husband Frank were looking into adoption.

“Maybe.” It was time to change the topic. “Do you want to help me make quiche for supper?”

“Yes,” Libby said. “But isn’t the mom sad when she doesn’t have her baby?”

“I don’t think so. No, no, it’s not.” Julie considered mentioning God and the gift of life, but right now she just wanted the conversation to end. “Let’s practice your reading after lunch.”

“Can I do Reading Eggs?”

Reading Eggs was an online program Libby loved. “We’ll do both. You can do Reading Eggs, and then we’ll break out your phonics book.”

Libby bit one of the carrots in half, chewed it up, and then asked, “Mom, did you ever do an abortion?”

Julie again paused, taking her time chewing the grape she’d just slipped into her mouth. Her throat had thickened, and she had trouble swallowing. “No,” she said, willing herself to make it sound true in her voice. “No, I never did.”

“Well, that’s good. Is it okay if I get some more juice?”

“Here, sweetie, I’ll get it for you.” She took her daughter’s cup, opened the sliding glass door, and went to the kitchen. As she poured the juice, her eyes swam with tears. Someday, she thought. Someday. Someday when she’s older….

This sketch, however clumsily rendered, is an expanded and fictionalized version of a conversation I once heard between a mother and her pre-school daughter. The mother, whom I know well, never had an abortion.

In anticipation of a Supreme Court ruling on the Dobbs v. Jackson case, radicals have recently burned or vandalized more than 40 pregnancy help centers and churches in the United States. Now that the court has ruled that there is no Constitutional right to abortion, thus overturning Roe v. Wade and returning abortion legislation to the states, this violence will only likely increase. Ironically, these centers exist to offer counsel, encouragement, and aid to pregnant women. In other words, the so-called feminists attacking these clinics are denying other women much-needed support and help.

Missing in action in this political circus of rage and rhetoric are the real-life emotions, pain, and turmoil experienced by thousands of women faced with choosing life or death for their unborn child. Moreover, we forget that many women, like Libby’s mother, carry the sadness of what they did for the rest of their lives.

And sometimes moms and dads find themselves in Julie’s shoes, trying to explain abortion to a child. No matter how gentle their approach, quite often the little girl or boy is appalled and horrified by what they are told. The most innocent among us can’t comprehend why anyone would get rid of a baby.

And some of them may be left wondering: What if Mom had aborted me?