A Tale of Two Uvalde Fathers 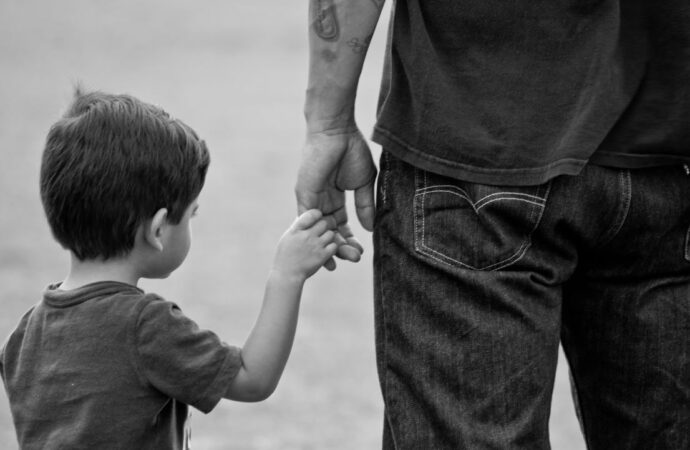 The sickening massacre of 19 children and two teachers at Robb Elementary School in Uvalde, Texas has rightly horrified our nation.

Some politicians and commentators are once again calling for stricter gun controls. Others fault the abject failings of America’s mental health care system. A few—perhaps the wisest among us—contend that the collapse of morality and virtue in the U.S. best explains such atrocities.

Meanwhile, violence remains endemic in many of our major cities, almost a given considering how long our officials have tolerated it. Chicago is a continual battleground, the list over Memorial Day weekend registering over 50 people shot, with nine of them dead. Gunplay in Philadelphia killed 14 people, young and old, and wounded over two dozen more. These figures don’t include those victims attacked or murdered with knives, blunt objects, or other weapons.

Like Salvador Ramos, the Uvalde killer, nearly all of those who bring havoc and death to our streets are men, some of them little more than boys. And along with Salvador Ramos, many of them share one thing in common: they were raised in fatherless households.

Salvador Ramos Sr., the murderer’s father, was interviewed in The Daily Beast following the shooting. From this interview, we can conclude that Ramos Sr. was a dad very much removed from his son’s life, who left his son’s mother years ago and now lives with a girlfriend. He claimed that his son was “a good person,” but had no clue as to why he went on his killing rampage. At one point, he says, “They killed my baby man,” a description which leaves the reader aghast.  “They” didn’t kill his son. Ramos Jr. signed his death warrant the moment he set foot in that school.

Ramos’s daughter, age 21 and now serving in the U.S. Navy, faults her father for his absence from the home and the lives of his children. In addition, the younger Ramos was also estranged from his mother and was living with his grandmother, whom he shot before stealing her truck and driving to the school.

Was Ramos Jr. psychologically sick? No doubt. You don’t go to a school and start gunning down innocent children if you are sound of mind.

But how might young Salvador have fared had his parents stayed together, or at least, if his father had remained a strong presence in his life? Suppose his dad had gotten Ramos as a boy into Little League or Scouts, taken him to church on Sundays, or just played catch in the backyard while discussing everything from girls to school?

Young Ramos apparently engaged in all sorts of weird online conversations. Suppose he’d spent that time talking to his dad instead, getting some advice on what it means to be a man, learning about the world and how to go out and make a success of himself? Suppose, in short, his biological father had acted like a real dad?

We’ll never know the answers to those questions, but we do know that in Uvalde on that sad and bloody day another dad stepped up to the plate of fatherhood.

Jacob Alborado, a Customs and Border Protection agent, was getting a haircut when his wife Trisha, a teacher at Robb Elementary School, texted him: “There’s an active shooter. Help.” She then wrote: “I love you.”

Alborado bounded from the chair, borrowed the barber’s shotgun, sped to the school, and with the help of other agents, rescued his wife and daughter, and dozens of other children and teachers.

To that title we should add two more honorifics: loving husband and loving father.

With the exception of certain private organizations designed to promote family and fatherhood, little is said in the public square these days about strengthening what was once the foundation of our culture, the nuclear family. Government has no interest in restoring the family and its values, as that institution vies with its own for power. Our culture long ago dismissed making plays, movies, or television shows promoting the family, particularly fathers. Our academic institutions have spent decades now attacking the nuclear family, proclaiming instead the virtues of radical feminism and denouncing manhood as dated and toxic. (Tell that to Mr. Albarado.)

Father’s Day is just around the corner. On this day, we might consider paying some compliments to the good dads we know, men who support and love their wives and children. Whether they are related to us matters not a whit. Let’s offer them a word of appreciation for their efforts.

After all, they’re not just raising children to become responsible adults. They probably don’t know it, but they’re also helping to save and preserve civilization.