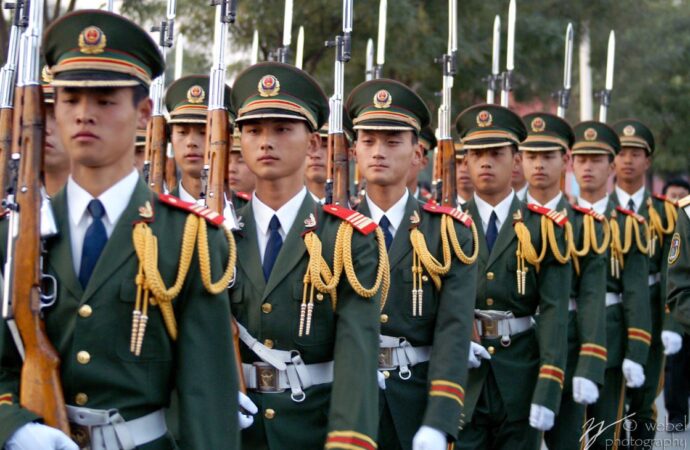 What I know about China I’ve learned from websites and online commentaries. In short, I don’t know much. But retired Air Force Brigadier General Robert Spalding does.

Spalding, the author of a new book, War Without Rules: China’s Playbook for World Domination, discusses China’s policy of unrestricted warfare in a recent episode of The Epoch Times’ “American Thought Leaders.”

The phrase “unrestricted warfare” is a concept in which war is waged by means other than traditional combat—a war in which any and all devices may be used, “from flooding our streets with fentanyl to stealing intellectual property to exploiting a global pandemic.” The phrase is also the title of a book written by two Chinese colonels over 20 years ago. Spalding, who is a leading expert on this Chinese Communist Party (CCP) strategy, believes that the book Unrestricted Warfare has long served as the guide by which the CCP operates.

Among Spalding’s more startling revelations regarding unrestricted warfare are China’s deliberate spread of the coronavirus to the world, the possible real reason behind the recent Shanghai lockdowns, and the ongoing hacking of American government and business. He also highlights the misinformation China has delivered via social media to the American public, and the role students and other visitors from China have played in intelligence gathering in the United States. All of these and more are deliberate strategies on the part of the CCP to undermine the American system and destroy us without firing a shot.

Spalding describes this relationship as parasitic, points out that the parasite often destroys its host, and contends that this is the aim of the CCP.

And if that wasn’t enough bad news, Spalding also strongly believes that should China invade Taiwan, the United States wouldn’t stand a chance in resisting that invasion. As he points out, in war game after war game conducted by our military, we lose to the CCP. And not only do we lose. We lose really fast.

When asked if the U.S. should follow the CCP’s example and engage in unrestricted warfare as a type of counterattack in this undeclared war, Spalding answers in the negative. Instead, he encourages Americans to return to their roots, to revive liberty in the nation, and to practice the enterprise, independent spirit, and work ethic that made her great. He cites, for example, the decades after World War II when America was a powerhouse both at home and abroad.

This is, in fact, a splendid plan. If we were to do away with the leviathan of our federal government with all of its bureaucrats, regulations, and insane spending, then our nation might explode with creativity and business ventures. The potential is there, waiting to be unbound by getting government out of the way.

Vis-à-vis China, two other considerations should come into play. First, we should focus on reclaiming businesses and industry vital to our nation’s security and well-being. In the early days of the pandemic, for instance, we discovered that China manufactured an enormous amount of our pharmaceuticals. A few politicians called for bringing these companies back here. As far as I know, however, that was the end of it, yet surely giving any foreign country such vital control over the essentials necessary for our survival is incredibly naïve, if not stupid.

Then there is the matter of Taiwan. “Taiwan now accounts for 92% of the world’s most advanced semiconductor manufacturing capacity,” with South Korea holding the other 8 percent, a Reuters article reports. This manufacturing capacity makes Taiwan essential to the stability of the United States, yet we lack the ability, short of nuclear war, to defend our interests in this island nation should China decide to seize it.

Right now our federal government and our people have focused their attention on the Ukraine-Russia War. We’re also pouring billions of dollars into that conflict. After examining General Spalding’s data and arguments, we might well wonder: Is the CCP using the Ukrainian conflict as yet another diversionary tactic in its policy of unrestricted warfare?

Let us hope that our elected officials wake up, realize we are being played by the CCP, and revive the American ideals that can restore safety and prosperity in our country.