The Treasures of This Earth Live Among Us 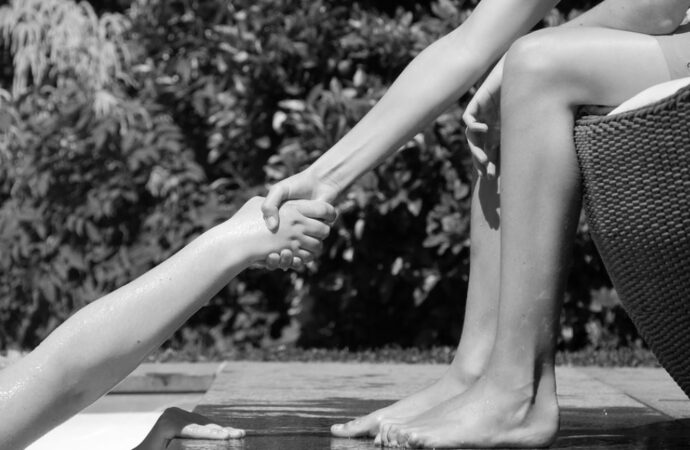 The treasures of this earth are indeed the gold, oil, and all the other resources we dig from the ground. But the greatest treasures on this planet are our family, relatives, friends, and caretakers.

In late April I took a tumble into a wooden chair and then hit the floor.

The physical pain was worse than anything I’ve ever experienced. At 2:30 a.m. I finally gave up gritting my teeth, called an ambulance—I live alone—and headed for the emergency room, groaning all the way. An x-ray revealed three broken ribs. Two hours later, mild painkillers and anti-inflammatories in hand, I returned home via a cab, waited until an appropriate hour, and then phoned my friend John to ask if he might come and help me out for a few days.

He arrived from Richmond—almost a three-hour drive—by early evening and prepared supper, telling me to stay seated while he washed the dishes. He rose around 4:30 a.m. the next morning, when my pain blazed up again with a vengeance, and took me back to the hospital, where the doctor prescribed a fentanyl patch that over the next three days finally relieved my agony. During that time John ran errands for me, cooked more meals and washed more dishes, and made sure I was comfortable. As I write these words, he’s still here, helping out and keeping an eye on me. He’s now my official “head man,” because 20 to 30 times a day he reminds me to get my head up and stand erect, which does indeed ease the pain in the ribcage.

Early on, of course, I notified my children about the accident. My daughter calls daily, wishing she could be here to care for me. As for that, I’m thankful she was removed from this scene, especially for the first three days. What 71-year-old dad wants his lovely daughter watching while he grips the edge of the island table in the kitchen and moans as if he were on his death-bed?

This incident has made me acutely aware of what matters most in this life.

The treasures of this earth are indeed the gold, oil, and all the other resources we dig from the ground. They are the fields and farms that supply our food, the wonderful technology that blesses our lives, and the medicines that heal us and protect us from pain. They are the God-given liberties we enjoy, the literature, art, and music we create, and the beauties of nature that surround us.

But the greatest treasures on this planet are our family, relatives, friends, and caretakers. Though I have long believed this to be the case, this past week has drummed home that truth. Despite car troubles on his drive to my home, John persevered, and I’m not sure what I would have done without his help.

They say that Damon and Phintias (Pythias), of the Pythagorean school, enjoyed such ideally perfect friendship, that when the tyrant Dionysius had appointed a day for the execution of one of them, and the one who had been condemned to death requested a few days’ respite for the purpose of putting his loved ones in the care of friends, the other became surety for his appearance, with the understanding that if his friend did not return, he himself should be put to death. And when the friend returned on the day appointed, the tyrant in admiration for their faithfulness begged that they would enroll him as a third partner in their friendship.

Should I find myself in a similar circumstance, standing proxy for John under a death sentence, I might be a bit nervous, as John is habitually late, but I have no doubt he would return. I would do the same for him.

In the past, I’ve all too often taken for granted those who matter to me. After a brain aneurysm snatched my wife from this world 18 years ago, I spent months wishing for just five minutes to tell her how much I loved her, how sorry I was for the times I’d hurt her, and how I might have realized so much more deeply what a gift she was to me. Even today, I’d give anything to share these thoughts and apologies face-to-face with her.

Since then, I’ve tried to make it a point to tell my children, even if I’m just texting them some mundane message, that I love them. As for John, I imagine he’s grown tired of the many times I’ve said thank you to him for the favors and good care he’s heaped on me.

Well, there it is: pure gratitude for the treasures in my life.