The Pandemic ‘Treaty’ About to Land on Our Doorstep 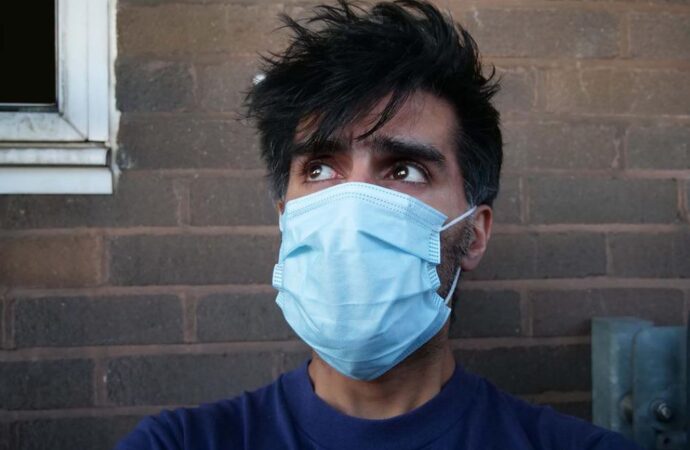 Almost 50 years ago, I had a conversation with my Uncle Russ, a family physician and a life-long Democrat. I was still a college kid, moderately liberal, and happened to say during a discussion of foreign policy something like, “Well, someday we’ll be better off with a world government like the United Nations.” To this day, I remember the shock and horror on my uncle’s face, and his words, “That would be a terrible idea. It would be the end of America.”

Fortunately, within a few years, my viewpoint had changed. My uncle, I realized, was absolutely correct.

Uncle Russ died before the coronavirus pandemic, but I wonder what he—a physician and a sensible man—would think today of the Biden administration spearheading a possible Global Pandemic Treaty with the U.N.’s World Health Organization (WHO). This arrangement—it’s not even clear yet that it will be called a treaty—would give greater power to the WHO to intervene in a nation’s affairs in case of pandemic or other situations regarding public health.

Few Americans are aware that such proposals are being discussed this week at the World Health Assembly in Geneva, Switzerland. Perhaps that’s because the negotiations surrounding this agreement are complicated and therefore difficult for the media to understand or to explain. Or perhaps that’s because our government is deliberately keeping its citizens in the dark. Those opposed to these proposals are concerned that such a move will strip away sovereign powers of the United States, bringing dire consequences for our country.

Meanwhile, journalists in the mainstream media are belittling such concerns. Forbes senior contributor Bruce Lee supports the international pandemic agreement and mocks those speaking out against it in a recent article, including Congressional members Marco Rubio, Tom Cotton, and Anthony Sabatini. Citing the movie about an alien invasion, Independence Day, as an example of why we need global pandemic overseers, Lee forcefully advocates placing many of the health care policies of the world’s nations under the care and supervision of the WHO.

His arguments fail miserably on two fronts. First, rather than sticking to facts, Lee insists on name-calling and tossing insults to counter those against the treaty.  Here is just one example:

Ultimately, those opposing any global pandemic treaty don’t seem to be offering any viable alternatives to improve the world’s ability to prevent and control pandemics. It’s easy to criticize anything and keep yelling words such as “freedom” kind of how babies fight against wearing clothes and insist on pooping whenever they want to do or doo-doo so. What’s much more difficult is finding solutions.

Yep. There’s that old “freedom” word again, regarded with disdain these days by some of our leaders.

Here’s just one piece of evidence Lee has overlooked that comes courtesy of David Fidler, a senior fellow for Global Health and Cybersecurity at the Council on Foreign Relations. In his well-reasoned essay, “The Case Against a Pandemic Treaty, Fidler said:

I readily admit my ignorance of these complicated machinations; regardless, I do oppose this treaty or agreement, whatever the case may be, for two reasons. First, if this new policy impacts in any way our already-damaged healthcare system, the president should have laid out his case to the American people rather than flying under the radar.

Second, the policies instituted by the Biden administration since his inauguration have brought wrack and ruin—and humiliation—to our once proud nation. Can anyone remember one action taken by this president and those pulling the strings behind the scenes that has enhanced the well-being of our country? Just one? Why then would this maneuver produce any different results?

The trust of the American people in the federal government is dead. This controversial turn is just one more nail in the coffin.